Authorities are investigating how a mosque frequented by the Orlando night club shooter was set ablaze early Monday morning in Fort Pierce, Fla. Surveillance footage shows an individual approaching the Fort Pierce Islamic Center and then fleeing after a flash erupted.

The St. Lucie County Sheriff’s Office says it is treating the case as arson and they are planning to release the video so the public can help identify the perpetrator. 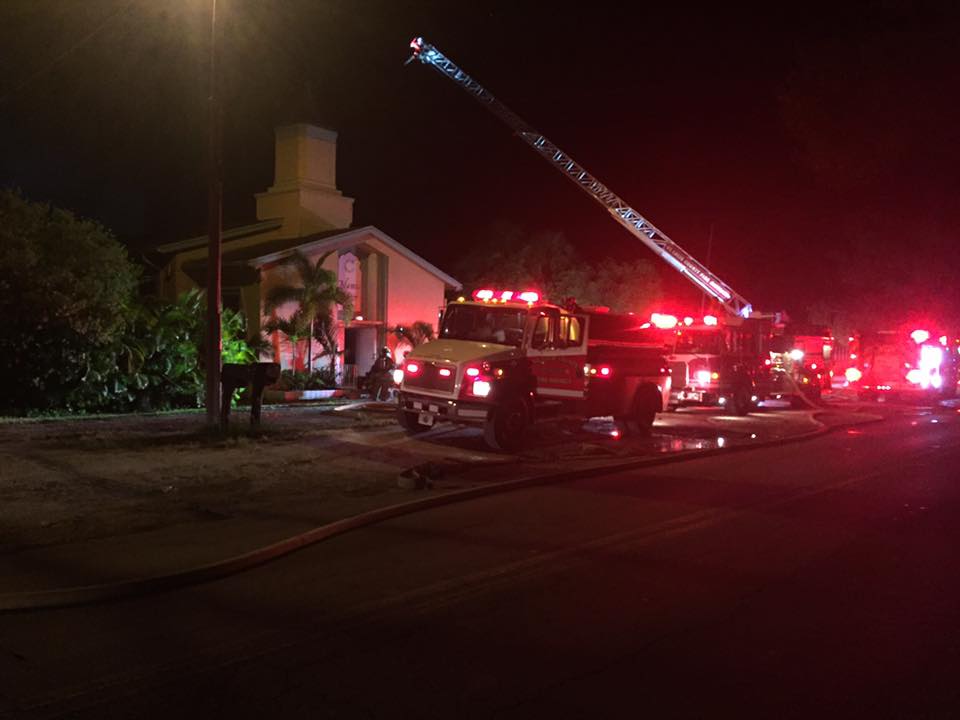 The mosque was reportedly home to Omar Mateen, the gunman who killed 49 people and wounded 53 at Pulse Nightclub in Orlando exactly three months ago. The timing of the fire also coincides with two major events: Americans mourning the 9/11 terror attacks and the first day of the Muslim holiday ‘Eid’. Eid al-Adha is a worldwide Muslim tradition celebrated by giving charity to the poor and it is considered the most holy Muslim holiday.

The St. Lucie Sheriff’s Office declined to speculate whether or not the fire had anything to do with either of the events or Omar Mateen’s attendance there, saying via Facebook “A fire at any place of worship is alarming, regardless of the circumstances.”

Authorities received a 9-1-1 call about the fire around 12:30am and firefighters extinguished the flames upon arrival. No one was in the mosque at the time of the fire. The incident is being investigated by multiple law enforcement agencies, including the State Fire Marshal’s Office, the Bureau of Alcohol, Tobacco, Firearms and Explosives and the FBI.