The NCAA has decided to pull the March Madness championship games from North Carolina, and it’s proof that they don’t care about mentally ill men in the bathrooms of young women.

North Carolina passed a law banning men who are pretending to be women from entering women’s bathrooms and locker rooms. These mentally ill men are also referred to as “transgender,” and a famous example of that would be Caitlyn Jenner, formerly known as Olympic star Bruce Jenner. 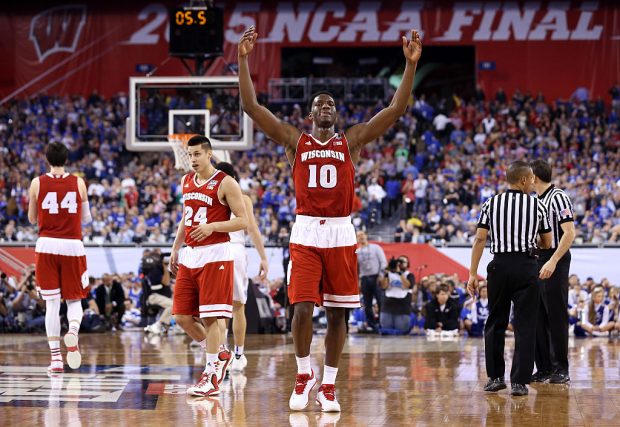 INDIANAPOLIS, IN – APRIL 04: Nigel Hayes #10 of the Wisconsin Badgers celebrates late in the game against the Kentucky Wildcats during the NCAA Men’s Final Four Semifinal at Lucas Oil Stadium on April 4, 2015 in Indianapolis, Indiana. (Photo by Streeter Lecka/Getty Images)

The NCAA released a lengthy statement explaining their ridiculous decision to pull March Madness from one of the greatest basketball states in America.

They wrote in part:

North Carolina laws invalidate any local law that treats sexual orientation as a protected class or has a purpose to prevent discrimination against lesbian, gay, bisexual or transgender individuals.

North Carolina has the only statewide law that makes it unlawful to use a restroom different from the gender on one’s birth certificate, regardless of gender identity.

Five states plus numerous cities prohibit travel to North Carolina for public employees and representatives of public institutions, which could include student-athletes and campus athletics staff. These states are New York, Minnesota, Washington, Vermont and Connecticut.

Greensboro, North Carolina was slated to host games for the first two rounds of the championship tournament, but losing those games is a steep price to pay to not have adult men whipping out their penises in front of your young daughters.

I guess we’re living in a strange time when the NCAA is more concerned with whether or not adult men can urinate or shower next to a six-year-old child. Perhaps the NCAA would say it’s ridiculous to assume that mentally ill men pretending to be women would present a danger to society. Of course that has never happened, except here, here and here. 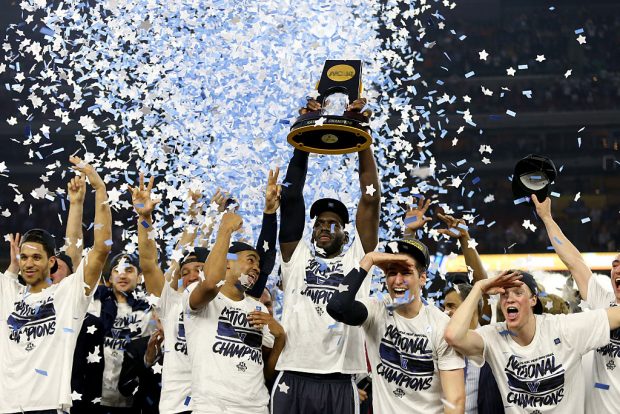 Perhaps the NCAA does have a point. After all, do we really have freedom if a man in a wig can’t whip out his genitalia in front of young women? Sure some young kids might get raped or traumatized, but luckily the NCAA has bravely taken a stance allowing that to happen. Most people would try to protect young children, especially young girls from being exposed to men pretending to be women and their penises. However, somebody always has to be against common sense and luckily in this situation the NCAA quickly filled that void.

I’m a massive Wisconsin Badgers fan, and I hate the North Carolina Tar Heels and the Duke Blue Devils. At this point though I’m cheering against the NCAA more than anything. So, if Wisconsin can’t hoist the national championship in 2017 then I sincerely hope Duke or UNC does. Nothing would be more poetic than the NCAA pulling the games because men can’t show little girls their penises and then having to ship a championship trophy to that same state.

Hey NCAA, stop being a group of idiots. Don’t worry about protecting a mentally ill man’s right to pull his penis out in the women’s locker room and start worrying about the children.