The ACC has decided to relocate its neutral site championships scheduled in North Carolina due to its House Bill 2 that requires citizens use the restroom in association with the gender on their birth certificate.

The decision by the ACC was announced Wednesday following the NCAA’s Monday decision to move all championship games out of the state for the same reason.

The statement from the ACC Council of Presidents reads:

“As members of the Atlantic Coast Conference, the ACC Council of Presidents reaffirmed our collective commitment to uphold the values of equality, diversity, inclusion and non-discrimination. Every one of our 15 universities is strongly committed to these values and therefore, we will continue to host ACC Championships at campus sites. We believe North Carolina House Bill 2 is inconsistent with these values, and as a result, we will relocate all neutral site championships for the 2016-17 academic year. All locations will be announced in the future from the conference office.” 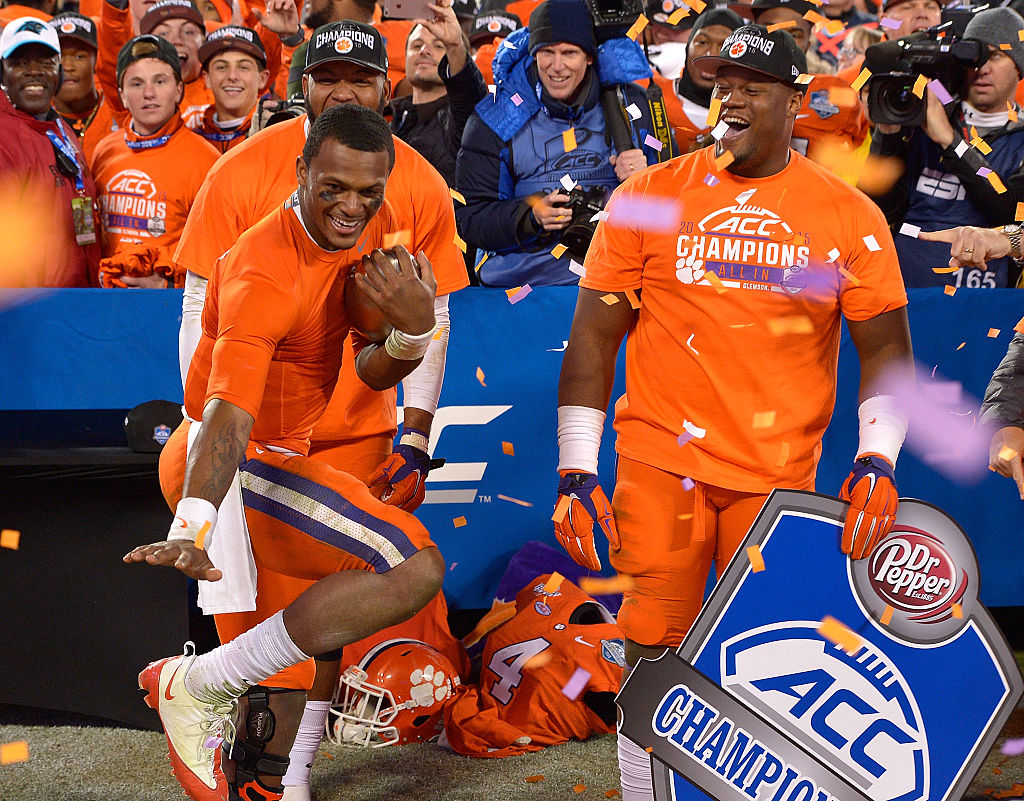 Deshaun Watson #4 of the Clemson Tigers strikes the Heisman pose as he celebrates with teammates after a winning the ACC Championship at Bank of America Stadium in Charlotte, North Carolina. (Photo by Grant Halverson/Getty Images)

The bill, commonly known as the North Carolina “bathroom bill” has been surrounded by controversy since being put in place. Seen as anti-transgender, it requires citizens to use the restroom of their biological sex.