During a panel discussion on Wednesday’s broadcast of CNN Newsroom, host Carol Costello repeatedly asked Sarah Huckabee Sanders why Donald Trump has not released a statement disavowing “birther” theories about President Obama, yet refused to let her give a complete answer.

“Why doesn’t Mr. Trump address the birther issue once and for all?” Costello asked the Trump campaign senior advisor.

Sanders noted that she thinks Trump has put the issue to rest. 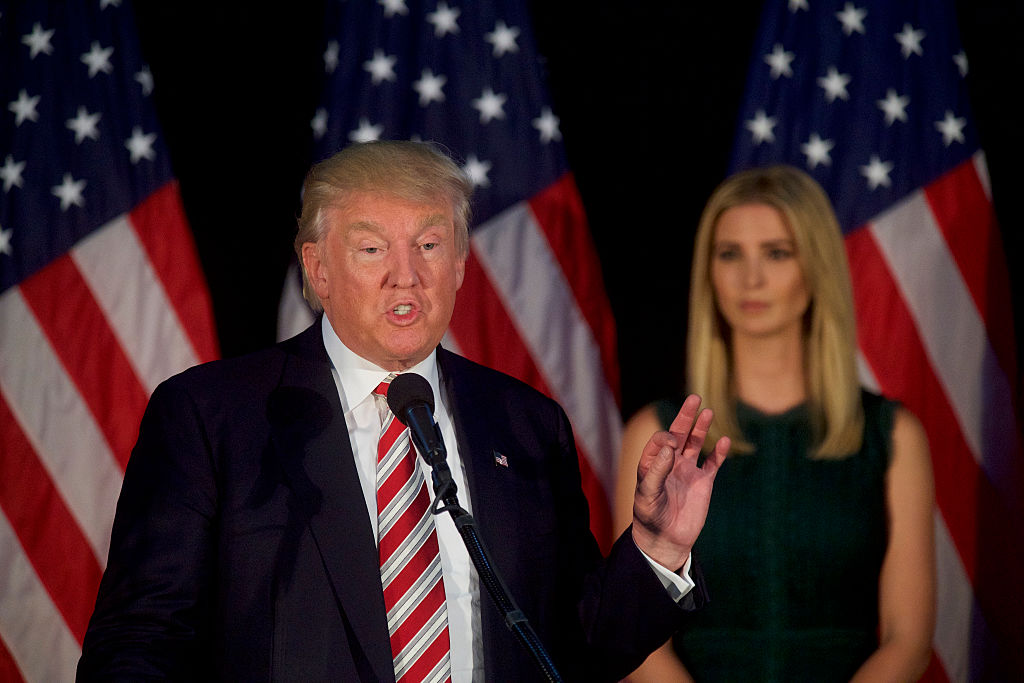 Donald Trump holds a campaign event with his daughter, Ivanka, at the Aston Township Community Center on September 13, 2016 (Getty Images)

“I think he has — let’s not forget. this is actually a fight that Hillary Clinton herself started. She was the original,” Sanders started to say before being cutoff mid-sentence.

“I don’t want to go there,” stated Costello. “I want to just focus on what Colin Powell said in these e-mails.”

“As you know, Mr. Trump was quite vocal about his birtherism. He forced President Obama to produce his birth certificate, so I don’t want to play games this morning. I just want to address what Colin Powell said in these e-mails. So, why doesn’t Mr. Trump address this birther issue once and for all and put it to bed?”

“I think it has been put to bed,” Sanders responded. “I think the moment that Barack Obama put his birth certificate out that issue was put to bed. And I know you don’t want to play games but I don’t think that we can forget the origin of where that started. Everybody wants to attack Donald Trump for it but it started with Hillary Clinton.”

Costello cut in a second time.