“He can make jokes in front of a comfortable, friendly audience, Martha, about Donald Trump, trying to ridicule him. He sounds like most of the pundits on TV today, frankly.”

Conway argued that stumping for Clinton, “doesn’t really create a job. It doesn’t insure one person who is struggling for healthcare. It doesn’t cover childcare that Donald Trump and Ivanka covered right outside of Philadelphia where the president was.” 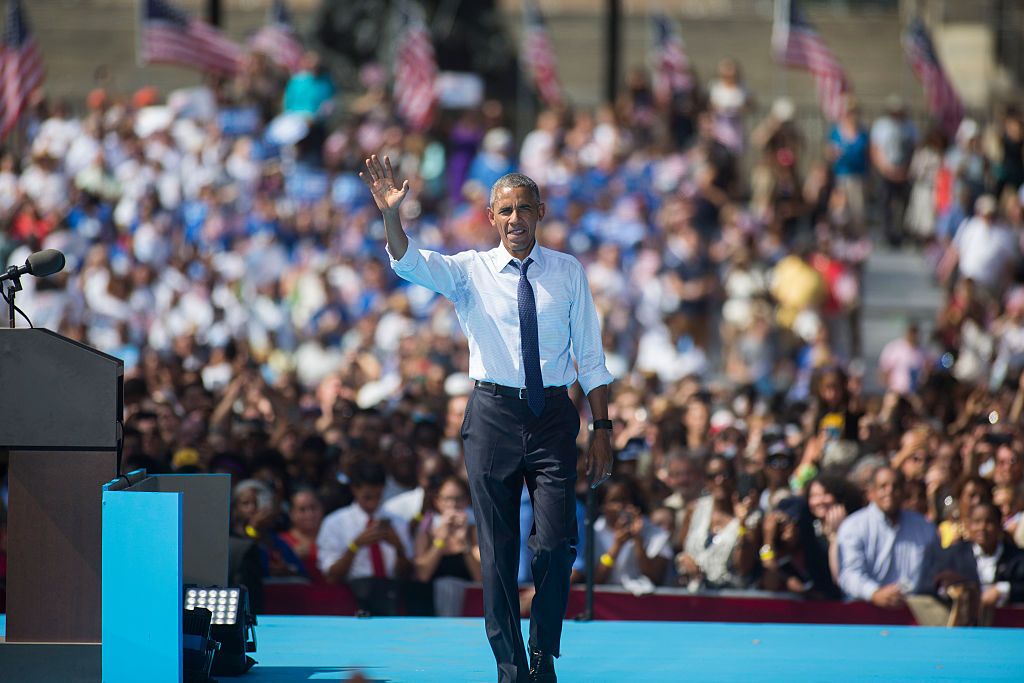 “I know the left is getting desperate because they’re starting to wonder if Donald Trump can actually do this and win,” She continued. “We’ve had an amazing several weeks. She’s had a rough few days, and I don’t think he wants his legacy squandered on a Hillary Clinton loss.”

“It’s not a good look for him, frankly, given where he’s spent so much of his presidential time.”