The latest poll from the Morning Consult shows huge concerns among the American electorate about Hillary Clinton’s health. 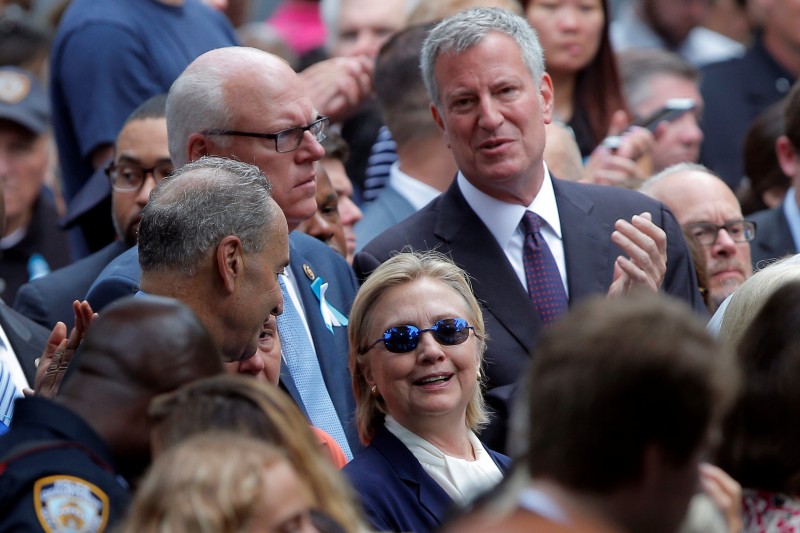 Of the 1,501 registered voters surveyed from September 12-13, 41 percent said that the former secretary of state’s health is “below average or very poor,” a 15 point jump from August’s mark of 26 percent on the same question.

Conversely, only 16 percent of survey participants viewed Donald Trump’s health to be below average or very poor.” (RELATED: Here’s Why The Latest Poll Should Shock Hillary) 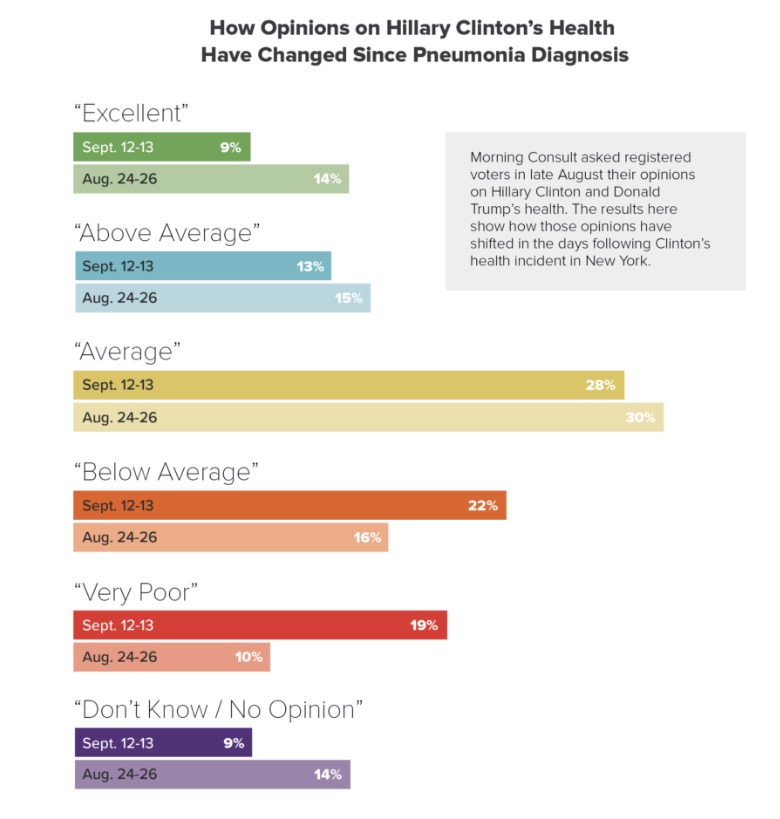 Clinton’s trustworthiness has apparently played a major factor over the past week.

Half of voters believe her campaign has provided false information about her pneumonia diagnosis, while only 37 percent think the same of Donald Trump, who has yet to release his medical records.

General distrust has even led voters to doubt Clinton’s ability to survive an entire term in office.

22 percent of voters thought it unlikely that Clinton “would live long enough to serve a full 4-year term if elected,” while an additional seven percent either didn’t know or had no opinion.

On the other hand, only 15 percent of voters thought it unlikely that Trump — who is two years older than Clinton — would survive a full term.