Showing off how overly sophisticated he is for this daytime talk show crap, on Wednesday the guy who once questioned the need for media reporting, declared that until recently he had no idea who Dr. Mehmet Oz was.

Politico should sentence Bresnahan to a month of watching daytime talk.

Until he knows who Rachel Ray is, the hosts of “The Chew” and Candace Cameron-Bure, his editors should bench him.

Matthew Miller, an ex-DOJ flak, makes a good point about why Bresnhan’s highbrow shit is ridiculous. He’s right. Congress grilled Oz in 2014. He appeared before a Senate subcommittee protection panel for claims he made about dietary supplements on his show. Oz got scolded for promoting green coffee extract and Garcinia cambogia. 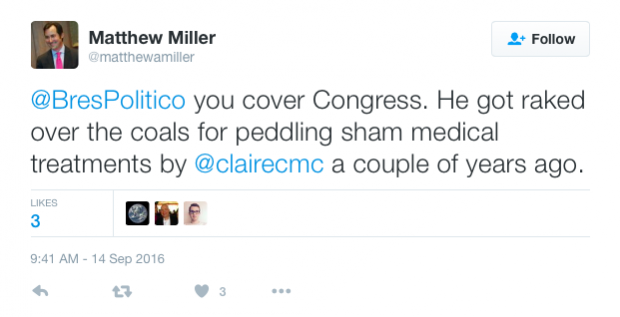