The latest Gallup poll shows that America’s trust in mass media outlets has plummeted to its lowest point since 1972, the year Gallup started collecting data on the subject.

Of the 1,020 voters sampled from September 7-11, only 32 percent said the trust the media “to report the news fully, accurately and fairly,” an eight point drop from last year’s mark. 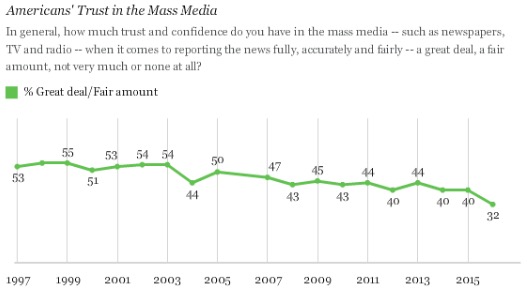 The sharpest decline in trust comes from Republicans. In 2015, 32 percent professed trust in the media, yet that number fell to just 14 percent in 2016. 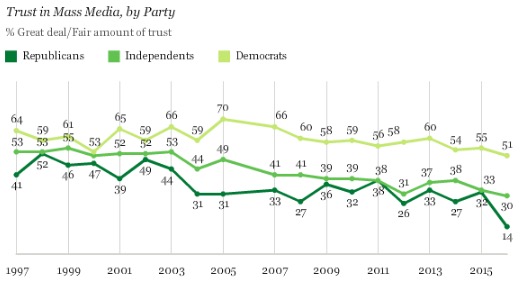 Additionally, while voters aged 18-49 are historically much less likely to trust the media than those over 50, both demographics trust-levels has drastically slipped in recent years. 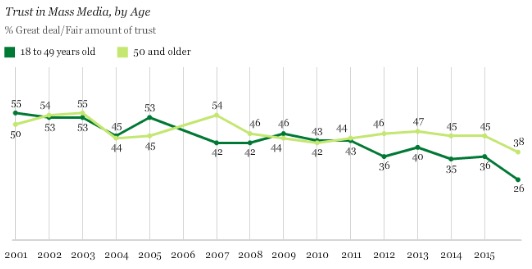 According to Gallup’s data, only 26 percent of A18-49 voters and 38 percent of A50 voters trust mass media outlets.

Furthermore, “2016 marks the first time that confidence among older Americans has dropped below 40 percent” since 2001.