Donald Trump made an unexpected trip to Flint, Michigan Wednesday. His schedule included a visit to a water treatment plant. Trump traveled to the city against Democratic Mayor Karen Weaver’s pleas for him not to do so.

Flint has garnered significant attention over the campaign season as the center of the lead contaminated water scandal. The controversy surrounding the city and the government’s handling of the issue has been made a central pillar of Hillary Clinton’s campaign for the White House. Former Michigan Gov. Jennifer Granholm spoke on the final day of the Democratic National Convention, declaring “we are all Flint.”

Trump has gone on record to The Detroit News, saying “I think it’s a horror show that it was allowed to happen, and to be honest with you, it should have never, ever been allowed to happen.” 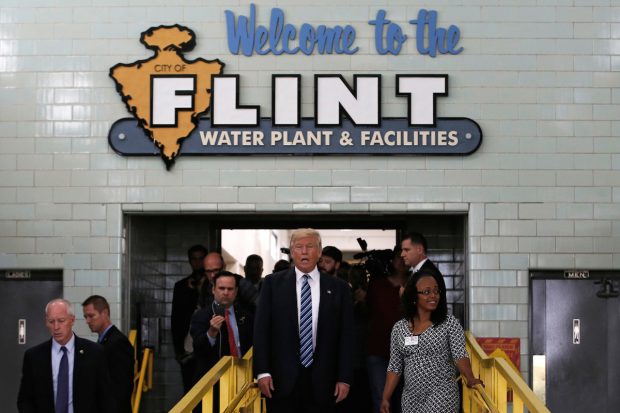 This is Trump’s second visit to the state of Michigan this month, suggesting he’s hoping to chip away at Clinton’s lead there, particularly with African-American voters, and potentially win the state in November.