— MSNBC’s Joe Scarborough on Wednesday’s “Morning Joe” about NYT‘s Maureen Dowd. The camera panned to her in the green room where Dowd wore a frowny face. Like RNC Chairman Reince Priebus, who complained that Hillary Clinton didn’t smile enough during the recent NBC candidate forum, Scarborough apparently to have the women in his midst smiling. 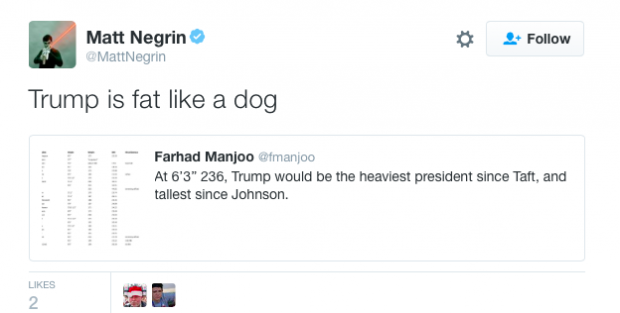 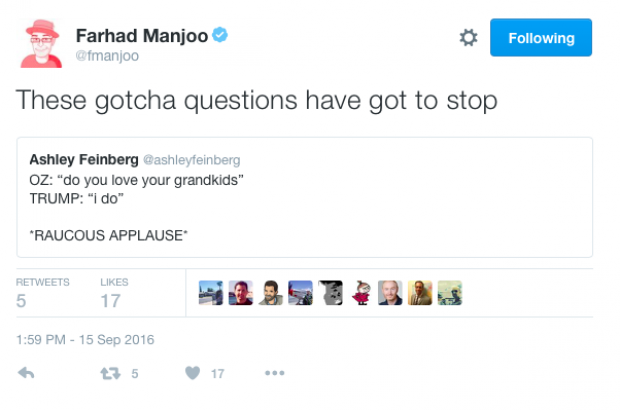 ICYMI: The reason why my Twitter feed is in a state of anti-Semitic disarray right now — my story on Politico‘s Glenn Thrush and Ann Coulter.

“Because when all else fails, there’s wine.” — Washington Examiner‘s Kelly Cohen.

New York Mag’s Jesse Singal: Not to be too cute but I have racist relatives. I’d like to think they aren’t “deplorable” humans.

The New Republic‘s Jeet Heer: I have racist relatives and I think they are pretty damn deplorable!

Philip Rucker, WaPo: It’s amazing that Trump’s medical information is according to audience members of a celebrity TV doctor’s taping, not real documentation.

Mark Berman, WaPo: I’ll tell ya what’s amazing, these magic weight loss pills made from teardrops and chamomile, they cure any ailment.

A Mirror follower writes in… “Man, I just dipped my toe in the crazy you have to deal with all the time and I itch all over. I want to bleach my brain.”

“Some clown slashed my tire last night, I know who you are, I’m going to pray for you that you find God, I forgive you as I have NO time to hate or have drama in my life.” — Mark Wilkins.

Mark Leibovich is a correspondent for NYT Magazine. Paul Farhi and Mike Madden are employed at WaPo. 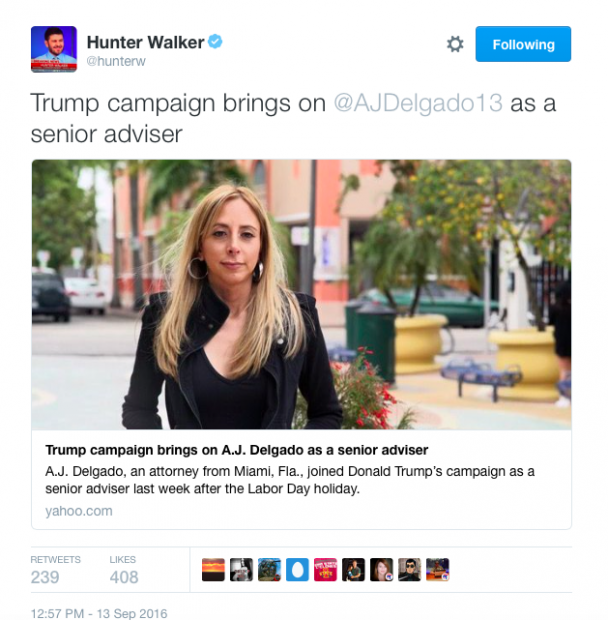 In case you think you’re having a bad day… 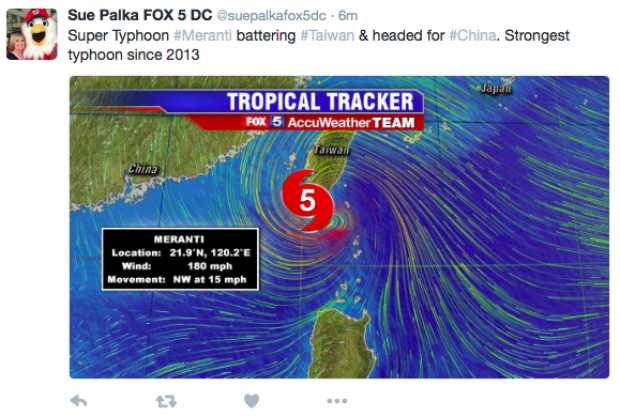