Samsung was forced to do a complete recall of some 2.5 million Galaxy Note7 phones due to a charging malfunction that causes the phone to literally burst into flames. The company claims that these malfunctions only occur while the phone is charging and are solely limited to Galaxy Note7 devices. One woman in Washington shows how untrue those claims really are. (RELATED: Samsung’s Galaxy 7 Recalls Is Happening At The Worst Possible Time)

Marie Terrio was in the process of getting ready to go out with friends Saturday, Sept. 10 when her Samsung S6 Active cell phone began “crackling and sizzling,” in her front left pocket, Terrio tells The Daily Caller News Foundation. Miss Terrio tried to extract the phone from her pocket when it exploded with a cloud of smoke and started “burning her leg like crazy,” Terrio tells TheDCNF.

In the heat of the excruciating pain, Marie desperately tried to get the phone out of her pocket but it was so hot she was incapable of touching it. The phone burned “right through the hole in my pocket and through the flesh on my leg,” Terrio reports. She was able to wiggle her way out of her pants with the help of a nearby girl friend, but the damage was already done. “My leg looked black and the pain was unbelievable,” Terrio tells TheDCNF. The phone seared holes in her thigh and her shin leaving the skin bubbled and ulcerated.

Photo Of Marie Terrio’s Leg Taken At The Hospital

The S6 Active hit the floor, burning a phone-shaped crevice in the carpet.

Miss Terrio was rushed to the hospital where she received treatment for second and third degree burns resulting from the explosion of her Samsung mobile phone. 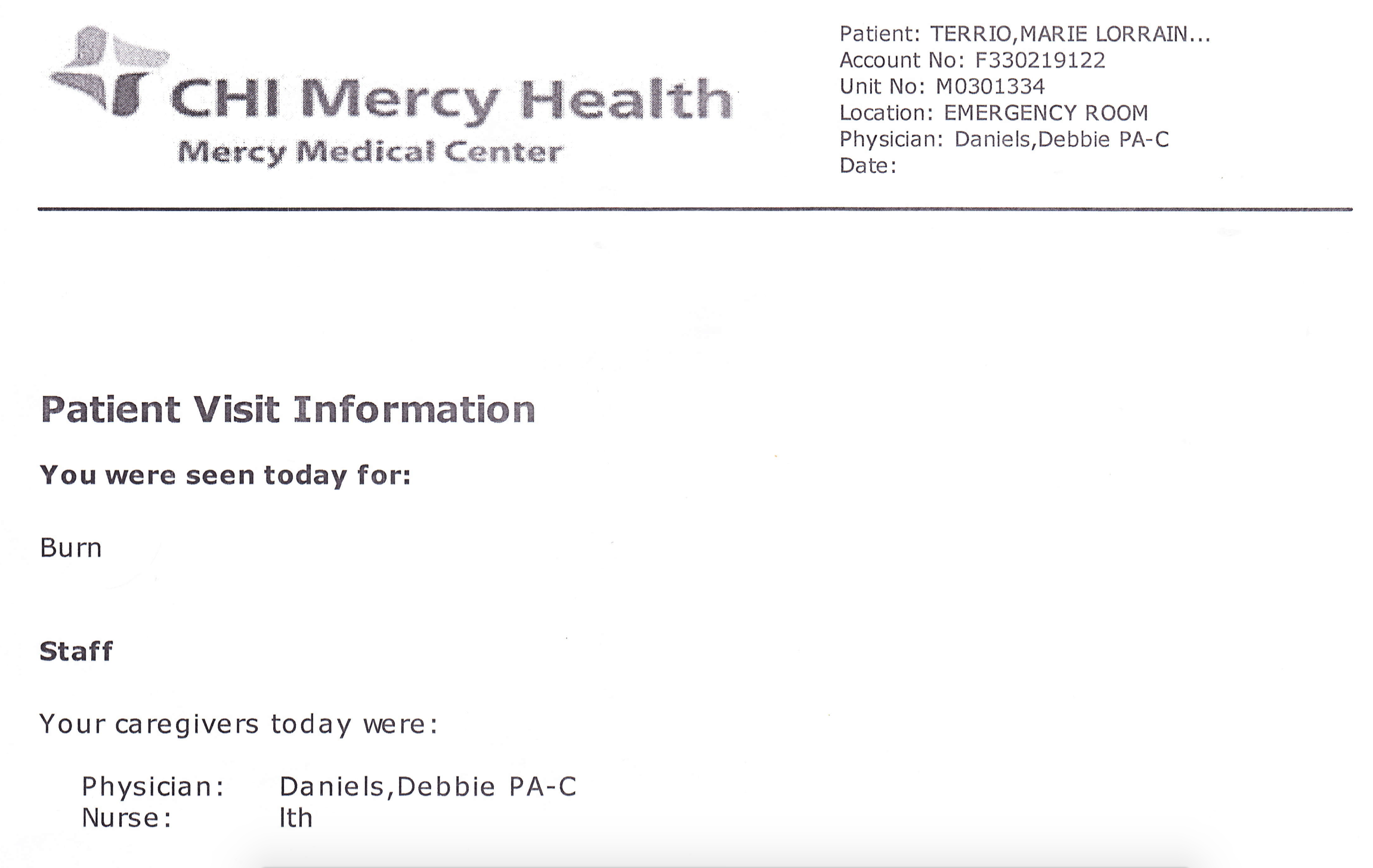 Miss Terrio’s mother, Lorreta Scheschy, reached out to Samsung the next day to report that this phone model (different from the Samsung Note7 that company has recalled due to battery malfunctions) is also exploding and catching fire.

A Samsung representative allegedly told Ms. Scheschy (conversation number 5115197742) that “all our phones are safe except the Notebook 7’s,” Scheschy tells TheDCNF. The Samsung rep also allegedly told her that it would “be unreasonable if I wanted them to change perfectly good phones because of something like this.”

Miss Terrio’s Samsung S6 Active isn’t the only Note7 model to explode and cause harm. (RELATED: These Pictures Show The Horrifying Result Of Samsung’s Phone Explosions)

The law firm of Morgan&Morgan has purportedly taken up Marie Terrio’s case.

“Customer safety is our highest priority. The reported incidents are extremely rare. That said, we take any instance seriously and reach out to affected customers to investigate the unique circumstances that may have led to the exceptionally rare occurrence,” a Samsung spokesperson told TheDCNF, adding that they “don’t comment on pending litigation.”