San Francisco 49ers quarterback Colin Kaepernick’s protest has influenced a number of players to either take a knee or raise a fist during the national anthem in week one of the NFL regular season. Jerry Jones, however, is pleased that his Dallas Cowboys stood up during the anthem, according to ESPN. 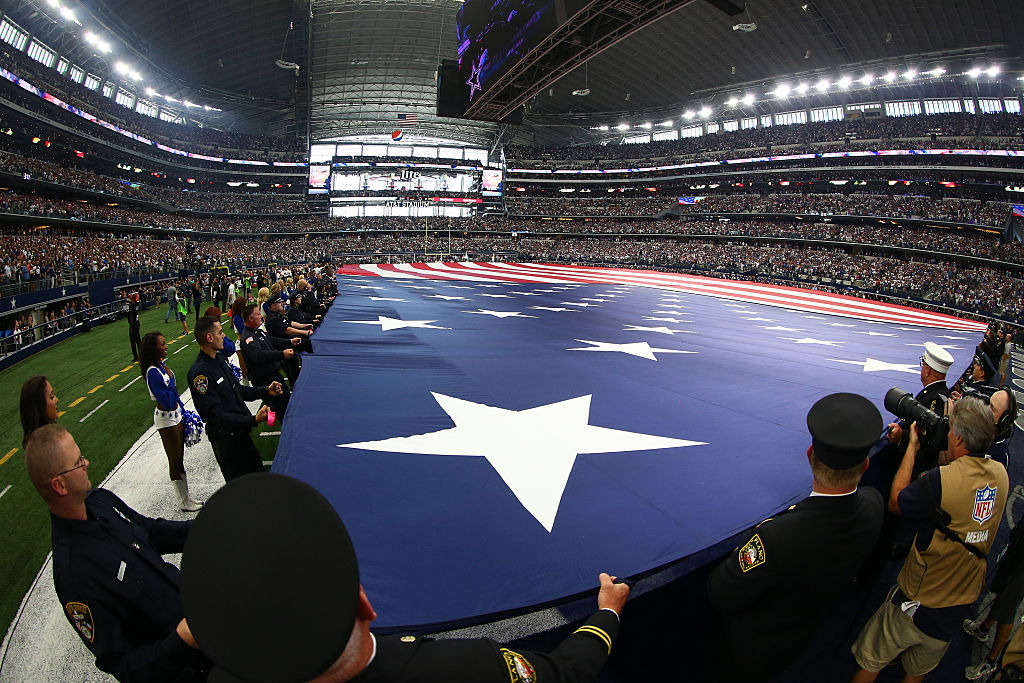 A giant American flag was displayed on the field during pre-game ceremonies of the Cowboys vs. Giants game on September 11, 2016 in Arlington, Texas. (Photo by Tom Pennington/Getty Images)

The Cowboys owner and general manager joined 105.3 The Fan in Dallas on Tuesday, and he made it clear he’s proud of his team for standing.

“I got to give a big pat on the back to our entire team, our coaching staff, our entire organization,” Jones told the Dallas radio station.

“We strongly, strongly support the flag in every way we support — and it’s almost ridiculous to be saying it — the people who for generations and generations have given it all up so that we can get out here and show off in front of millions of people on television.”

“We respect that so much. That’s the real business,” Jones said, speaking about the military. 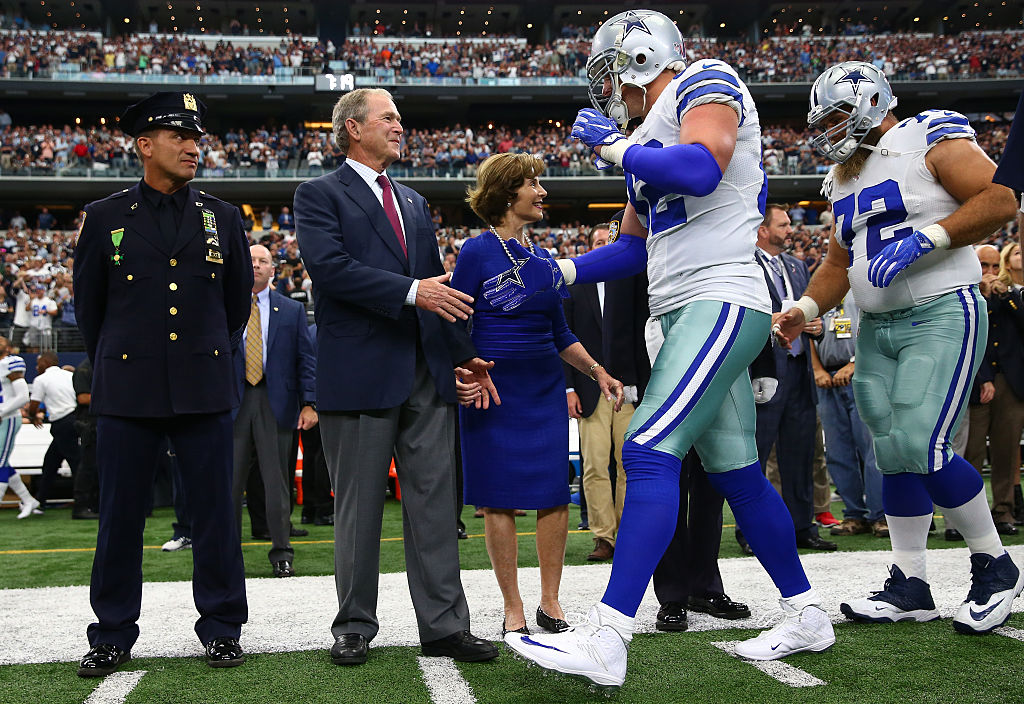 “The forum of the NFL and the forum on television is a very significant thing. I’m for it being used in every way we can to support the great, great contributors in our society, and that’s people that have supported America, the flag, and there’s no reason not to go all out right there. And for anybody to use parts of that visibility to do otherwise is really disappointing.”