“Everytime” this rumor comes up I “Can’t Stop The Feeling” of joy and nostalgia.

The iconic early 2000s couple, Justin Timberlake and Britney Spears, are in talks to reunite for a song together.

Both Spears and Timberlake took part in the 2001 Super Bowl Halftime show alongside Aerosmith, *NSYNC, Mary J. Blige, and Nelly.

When E!’s Mark Malcin told Timberlake about Spears’s desire to collab, Justin replied, “She did? Sure! Absolutely, absolutely.”

For people who were tweens in 2001, this power couple rocked their worlds. To this day, generations dream of the day where Britney and Justin would be reunited. The uber successful artists got their start on “The Mickey Mouse Club” alongside stars like Ryan Gosling and Christina Aguilera. They famously dated for years and went through a highly publicized breakup in 2002, famously writing songs about each other — “Cry Me A River” by Timberlake, and “Everytime” by Spears.

Though millions have pent-up resentment for the breakup and that both have moved on with their lives, this potential collaboration may be the closure bubblegum pop fans need. Though the relationship between the two died many years ago, one thing will live on forever: the infamous matching denim outfits. 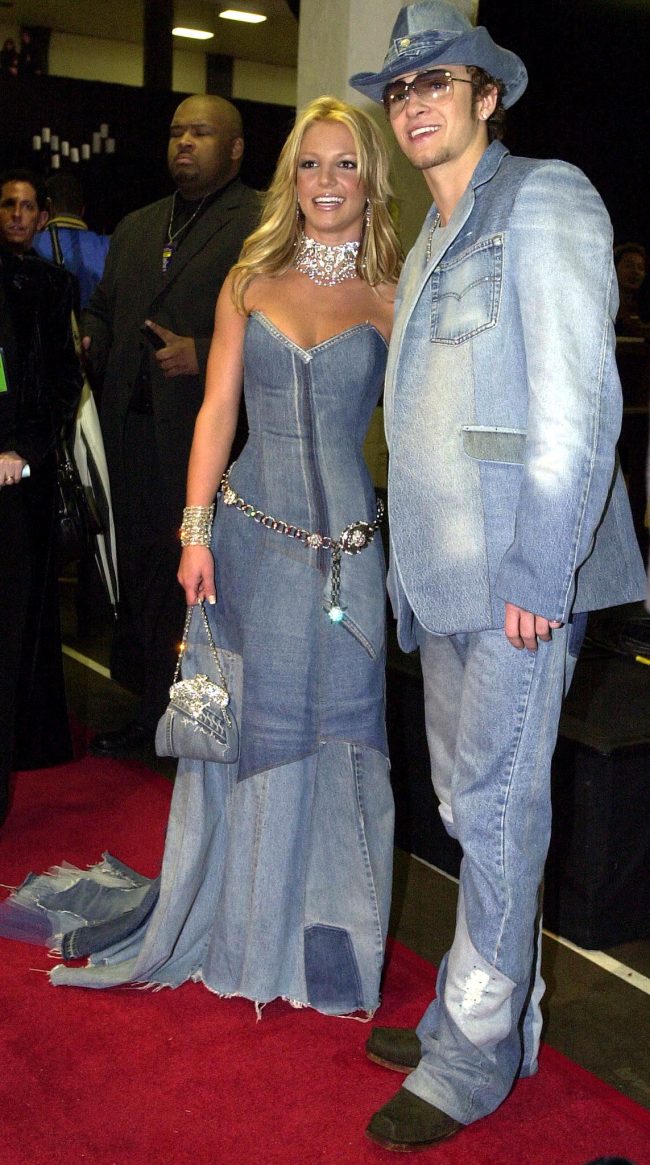 Lance Bass said of the possible collab, “I would love to see that happen, of course. I think everyone in the world wants to see them together again in any capacity. It’s like everyone’s childhood dream.”

That, Lance Bass, it is.