The Department of Homeland Security is allegedly refusing to release the results of an immigration study that could “help elect Donald Trump.” 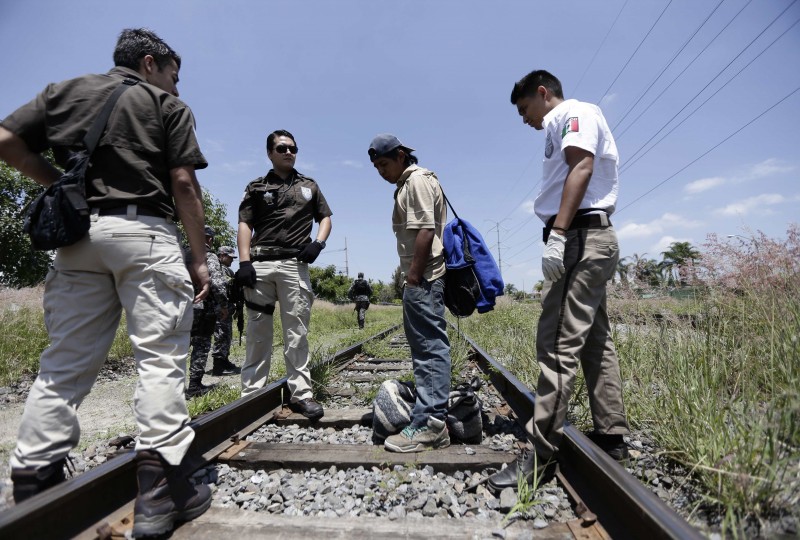 Mexican immigration officers talk with a man whom they suspect to be an illegal immigrant during a search operation in Zapopan near Guadalajara, Mexico on July 29, 2014. (REUTERS/Alejandro Acosta)

According to Fox News, the study was commissioned in 2015 by members of the House and Senate Appropriations Committees, “seeking to pinpoint the number of illegal immigrants who successfully sneak across the southern border.”

DHS claims that the study is still ongoing, yet sources close to the situation tell Fox News that it was actually completed in November 2015 and yielded results that would hurt the current administration’s immigration agenda.

Fox’s sources claim that the study showed that 50 percent of the adults attempting to illegally enter the United States at its southern border succeed, resulting in roughly 250,000 successful border crossings a year, and is being withheld for “political reasons.”

According to DHS’ current, public statistics, only 20 percent of illegal border crossings succeed.

“It would ‘look bad’ and ‘help elect Donald Trump,'” one source told Fox.

DHS denied the allegations in a Thursday statement.

Any suggestion that DHS is delaying release of a report on new border enforcement measures for political reasons is false. To the contrary, at Secretary Johnson’s direction, DHS has been making significant progress in the development of such measures. At this point, however, the work is still preliminary and requires further refinement, to ensure the new measures are accurate and reliable.

The November 2015 report purportedly obtained by Fox News is one building block provided by a research organization DHS has been working with to develop these measures.