A pair of new videos show students at Appalachian State University (ASU) erasing pro-Donald Trump chalk messages as soon as they’re drawn, in an effort to keep others from seeing them.

Meanwhile, at least one of those students vowed to get those responsible for the drawings driven off campus due to their dastardly deeds.

A group of several ASU students decided to go out and chalk pro-Trump messages such as “Build the Wall” and “Trump 2016” Wednesday night. The students also made chalk drawings of Pepe the Frog, a memetic character popular with Trump supporters, who has been denounced as “white supremacist” by  Democratic nominee Hillary Clinton’s campaign. (RELATED: How Two Pranksters Tricked Hillary’s Campaign Into Thinking Pepe Is A White Supremacist Meme)

But their efforts ran into opposition from several dozen other students, who began following them around campus to erase their drawings as soon as they were finished, in an attempt to suppress their message. Unsurprisingly, the two groups began arguing with each other, and the arguments were recorded on video, while also showing the students washing away the chalk.

The videos, both uploaded Thursday, each show the anti-Trump students dumping water on chalk drawings to erase them, while apparently accusing the Trump backers of being racists.

The first video ends after police officers show up, saying the Trump chalkers are doing nothing wrong, and encouraging their opponents to disperse. They apparently did so, but after the Trump chalkers moved to another part of campus to create more drawings, the group apparently followed them and began washing once more.

The Daily Caller News Foundation was forwarded numerous photos from the incident, supplied by an ASU student who wishes to remain anonymous. One such photo shows a woman apparently walking over a drawing of the American flag; the student claims the woman shouted “Fuck your flag!” while stomping on the drawing. 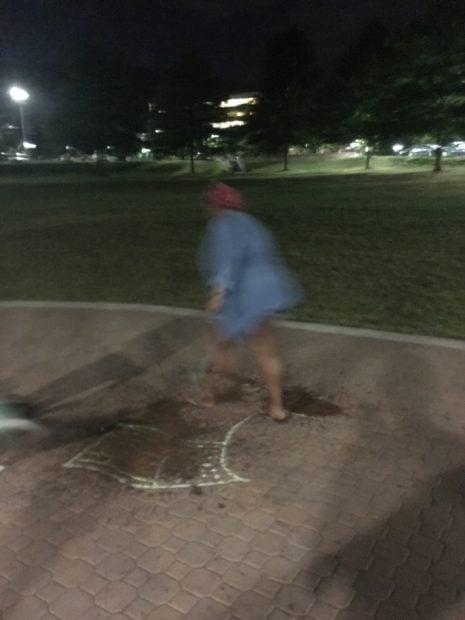 The student said the Trump supporters have encountered tremendous hostility on campus, including having their cars keyed for showing pro-Trump bumper stickers. He produced a photo he claimed showed the aftermath of one such incident, which he said inspired the Wednesday night chalking effort. 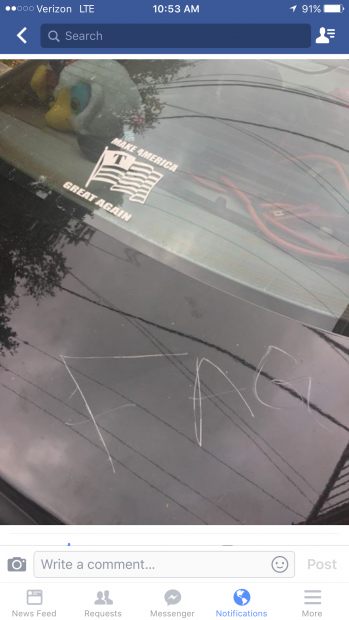 A car allegedly vandalized with the word “FAG” due to its pro-Trump sticker. (Photo: Anonymous Appalachian State University student)

In the wake of the Wednesday night clash, several ASU students posted on Twitter and Facebook. Some claimed the chalkers made them feel unsafe, while at least one other vowed to get them expelled from school.

“I know who you are. I have seen your faces,” one said on Facebook. “I WILL MAKE SURE YOU WILL BE A NATIONAL DISGRACE. I WILL MAKE SURE THAT YOU AND YOUR PATHETIC GROUP OF NAZIS WILL [RUN] OFF THIS CAMPUS.” 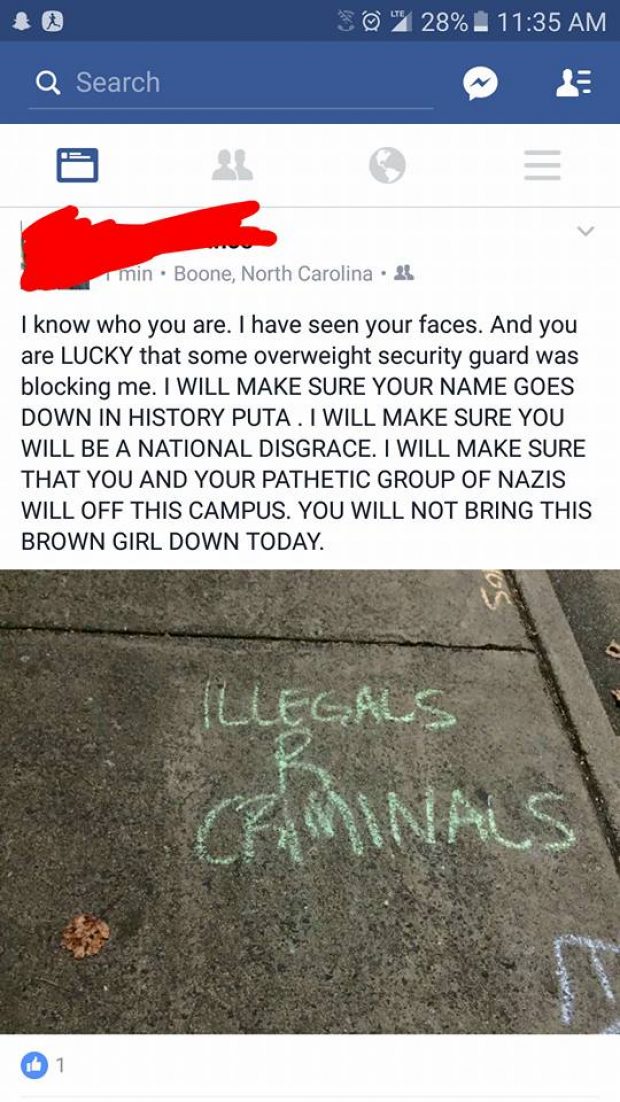 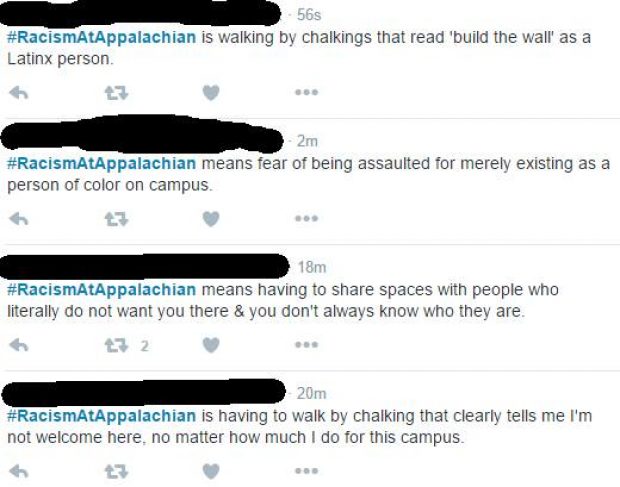 Pro-Trump chalk has repeatedly sparked outrage on campuses. A Columbia University, a student was literally moved to tears by the sight of pro-Trump chalk, while at Emory University the student government recommended an “emergency” response after the appearance of chalk on campus.