“Trump’s trolling of the press today was [Steve] Bannon’s doing. Guaranteed. Trying to be disruptive like Andrew [Breitbart] was but is a poor imitation.”

“After carefully considering today’s events & monitoring the collective response to them, I’ve figured out what it all means. We’re f*cked.” — WaPo liberal blogger Greg Sargent.

“Journalists covering Trump have now been banned, patted down, physically restrained and verbally harassed while trying to do their jobs.” — WaPo‘s Jenna Johnson.

A rare shout-out to Cable News

“Have had CNN on for last 3 hours. Various anchors have explicitly called out Trump for lying about birtherism mannnny times. Credit to cable.” — Matt Berman, senior editor, Politico.

“He stood on the grass outside the protest in a pinstripe suit and royal blue shirt, talking on the phone. He is a tall and broad figure, with rust-colored hair and small blue eyes that fight against his fleshy eyelids to make contact with the world.”

A compliment for Lehrer, Schieffer

“Thing I love about Jim Lehrer / Bob Schieffer… unlike so many today, they seem totally humbled by the privilege of being journalists.” — CNN media reporter Dylan Byers.

“Man in Manhattan after I ignored a catcall: ‘Oh, she’s mean. Look at her, see how mean she is?’ Truly sir you don’t know the half of it.” — Ashley Fetters, GQ entertainment editor.

“Trump is correct that Obama was born in the US but the birth certificate is a fake.” — GotNews‘ Charles C. Johnson. 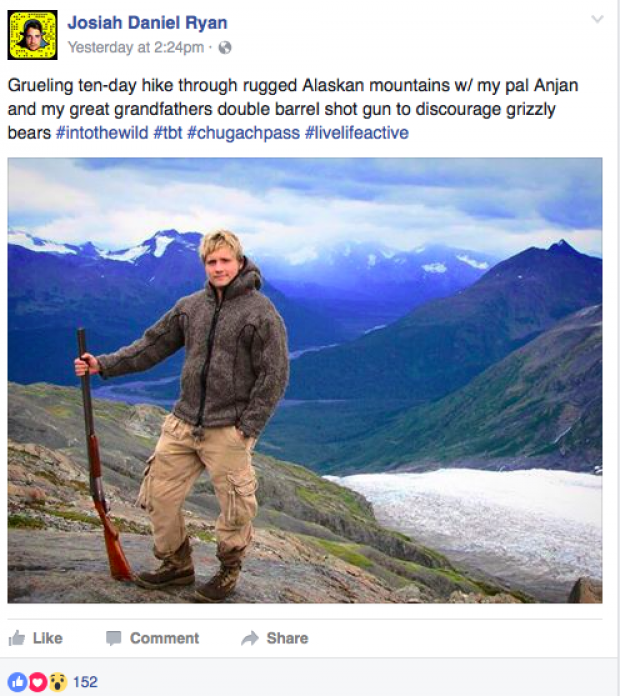