Liberals are furious that Jimmy Fallon was nice to Donald Trump when he appeared on “The Tonight Show” this week. 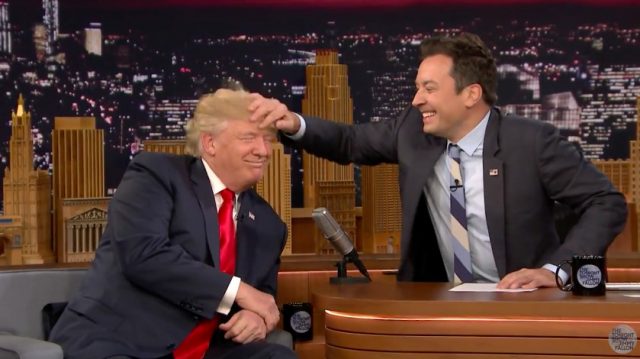 On Thursday, the late night host questioned the Republican nominee about his relationship with Vladimir Putin, got him to expand on why he doesn’t want moderators at the presidential debates, and tousled his hair (furiously).

For the left, those questions weren’t tough enough.

“People Are Justifiably Infuriated With How Jimmy Fallon Handled Trump” is how the Huffington Post worded it.

The Atlantic said it was “The Embarrassment of Jimmy Fallon.”

And Newsweek criticized it by saying, “Jimmy Fallon’s Giddy Donald Trump Interview Was A Joke, But What Did We Expect?” 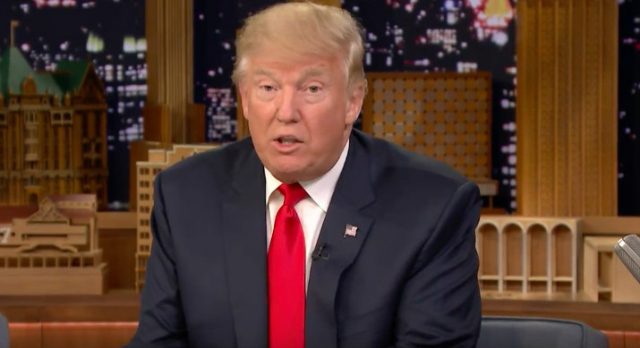 “Trump has appeared on ‘The Tonight Show’ before and gotten similarly soft treatment, grinning and nodding through Fallon’s cheeseball questions and gleeful impressions of the candidate,” the Atlantic chastised.

“But in such a charged moment for the presidential campaign, Fallon had the opportunity to do something — anything — that could challenge the candidate.”

“He had hundreds of different issues he could have called Trump on. He decided to mess up his hair.” (RELATED: Donald Trump: Matt Lauer Did A Fantastic Job Moderating The Presidential Forum)

“As Fallon laughed uproariously at Trump’s every line and asked about his hobbies, hopes, and dreams, it was hard not to feel like he’d missed an opportunity to distinguish himself as more than just a genial entertainer hobnobbing with the potential next president of the United States of America.”

Jimmy Kimmel saw none of the same backlash when he asked Hillary Clinton to open a jar of pickles on his show last month. (RELATED: Hillary Clinton Responds To Rumors That She’s Unhealthy)