The third week of college football is in the books and that means it’s time for the latest round of power rankings.

If the playoffs were held today these would by my four top teams.

Ohio State went on the road against Oklahoma and absolutely rocked them to the tune of 45-24. The Sooners are still heavy favorites to win the Big 12 and the Buckeyes played them in a fashion that would borderline on cruel. Quarterback J.T. Barrett finished with four passing touchdowns and another 74 yards on the ground. Ohio State is the real deal and right now they have the most impressive resume in America. 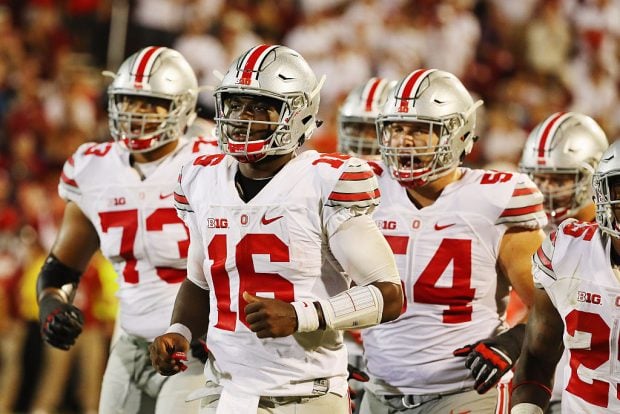 NORMAN, OK – SEPTEMBER 17: J.T. Barrett #16 of the Ohio State Buckeyes walks with his offense off the field in the second half of their game against the Oklahoma Sooners at Gaylord Family Oklahoma Memorial Stadium on September 17, 2016 in Norman, Oklahoma. (Photo by Scott Halleran/Getty Images)

Louisville quarterback Lamar Jackson is the Heisman leader through the first three weeks, and he put on a show against second-ranked Florida State. The electric dual-threat quarterback finished with almost four hundred yards of total offense and chipped in five touchdowns in the 63-20 blowout of the Seminoles. Louisville should be on cruise control to the playoffs and there’s not a team in America that wants to play the Cardinals. 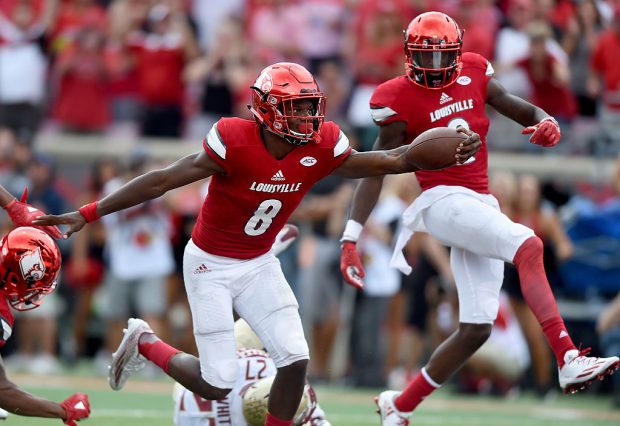 LOUISVILLE, KY – SEPTEMBER 17: Lamar Jackson #8 of the Louisville Cardinals runs for a touchdown during the game against the Florida State Seminoles at Papa John’s Cardinal Stadium on September 17, 2016 in Louisville, Kentucky. (Photo by Bobby Ellis/Getty Images)

Alabama finally beat a quality opponent with their 48-43 win against Ole Miss. Quarterback Jalen Hurts had his best game of the season with over 300 yards of total offense. He appears like he can certainly be the guy under center for the Crimson Tide. However, Alabama at one point was down 24-3. Inconsistency like that would result in a lost to any top team in America. Alabama should have no problem cruising through a weak SEC this year to the playoffs. It’s unclear at this time if they have the talent to compete with teams like Ohio State and Louisville. 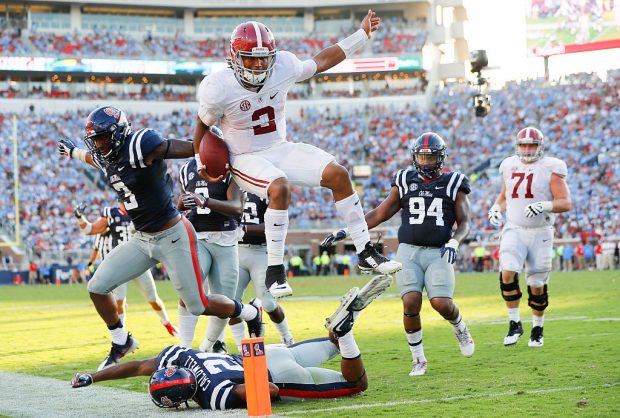 The Wolverines dropped from their top ranking last week, but that’s not because they did anything wrong. It’s more about what other teams in America did right. Michigan let an okay Colorado team hang around a little too long before beating them 45-28. Quarterback Wilton Speight was efficient with 229 yards passing and a touchdown. Michigan and Ohio State both appear to be the clear top two teams in the Big Ten at this point. Michigan’s October 1 game against Wisconsin will truly reveal if the Wolverines are the real deal. 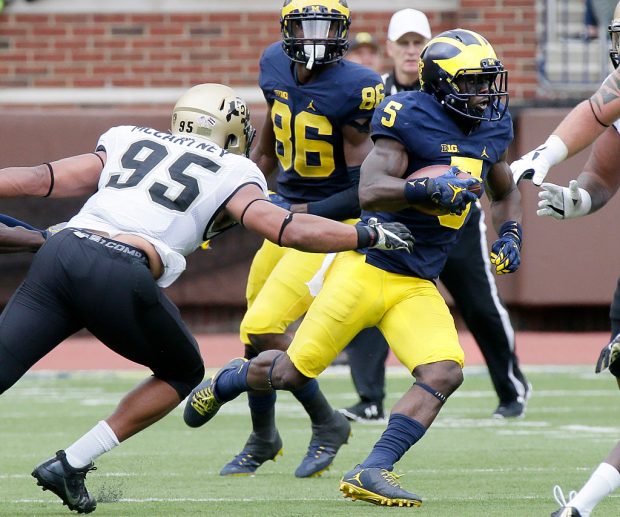 ANN ARBOR, MI – SEPTEMBER 17: Jabrill Peppers #5 of the Michigan Wolverines is pursued by Derek McCartney #95 of the Colorado Buffaloes during the first half at Michigan Stadium on September 17, 2016 in Ann Arbor, Michigan. (Photo by Duane Burleson/Getty Images)