Ivanka Trump is now getting Secret Service protection wherever she goes, while her siblings Donald Trump Jr. and Eric Trump continue to receive protection only when around Donald Trump, ABC News reports.

Up until now, Ivanka Trump received protection only when she was physically near the candidate. (RELATED: Ivanka Trump Blasts Cosmo After Interview: ‘Keep The Focus Where It Belongs’) 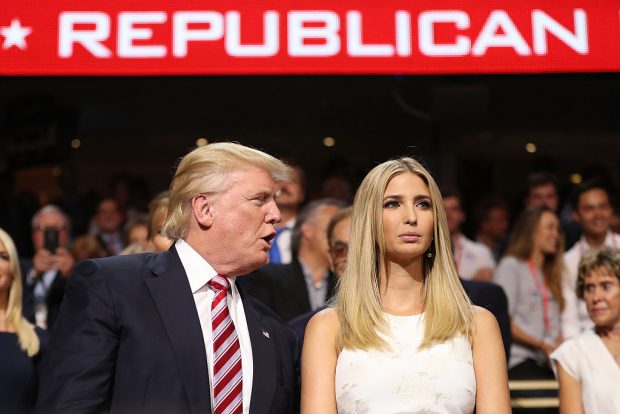 The Secret Service confirmed in another report that Trump was getting the extra protection, but declined to say anything further or explain the change.

Ivanka Trump has been a vocal advocate for her father on the campaign trail, most recently helping to promote the candidate’s proposed paid maternity leave. (RELATED: Cosmo Attacks Ivanka Because Trump’s Paid Maternity Leave Doesn’t Include Gay Men)

Last week, one of the interviews to promote Trump’s plan became contentious after a Cosmopolitan magazine reporter questioned why the plan — which would include six weeks paid maternity leave for the mother, tax deductions for child care and rebates for low-income families — did not include help for gay men who adopt.

After the interview, Trump tweeted that the magazine needed to “keep the focus where it belongs.”

“Cosmopolitan, your readers do and should care about issues impacting women & children,” she tweeted. “Keep the focus where it belongs — advocating change.”

3/3:@Cosmopolitan, your readers do & should care about issues impacting women & children. Keep the focus where it belongs—advocating change.