Say hello to Freddy Gray, deputy editor of The Spectator. No, he’s not the young black man who died under precarious circumstances in Baltimore in 2015, but the lily-white British journalist who works for The Spectator in London.

Freddie Gray has absolutely destroyed this Gray’s social media street cred. “Nobody in Britain finds it funny but at your Daily Caller party somebody said to me ‘oh you’re Freddy Gray, cool! I’m Mike Brown.’ Took me a while to click that he was joking,” he recently emailed from across the pond. “On social media, people tweeted RIP at me for a bit, earnestly, and I did a pretentious post about people telling me I’m trending … We’re all Freddy Gray now, or something.” 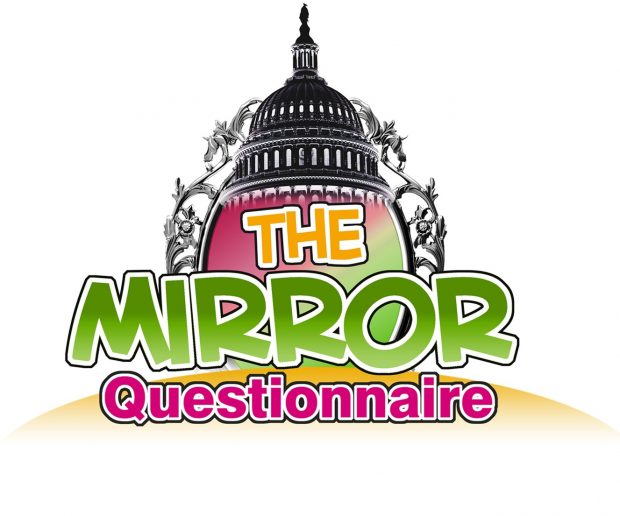 The London resident turned up at the RNC and his life will never be the same.

One night, a gaggle of female protesters surrounded him and confused him for Breitbart News queen troublemaker Milo Yiannopoulos outside the renegade journalist’s “Gay Party.” They chanted “5-6-7-8 you guys are full of hate.” Gray, who might have been somewhat intoxicated at the time, downplays the whole thing: “Do you want me to pretend it was harrowing? I’m still trying to come to terms with it. I was very drunk,” he said, recalling the incident that he thinks involved four to five women and banners that screamed “Queers Against Hate.” [Update: Freddy says the number was far greater than four or five protestors. Watch here.]

He concedes, “It could have been 2-4-6-8. I think they thought I was Milo. That’s the first time I was mistaken for a peroxide blond gay man, but I was quite flattered. Must have been the accent or they really didn’t like smokers.”

Gray may not remember this, but the night of Milo’s infamous “Gay Party,” I emailed to ask how it was going. He replied, “Weird and bad. Not sure what else to say.”

Also, our conversations could have benefited from an international translator. They went something like this:

Me: Are we doing the interview?

Him: Yes. What time? You keep saying the Q and I don’t know what the Q is.

Me: Where the f are you? Is that a better question?

Him: Yes, I’m at the Atlantic thing at the Blue Point Grill.

Me: You staying there awhile?

Me: The Q is where all those shitheads speak.

Him: Just left, going to Wash Po place on fourth. Opposite Mables. I’ll come to you though. Where are you?

Me: Freedom plaza by Progressive Field.

Him: Hang on I got sent in the wrong direction.

Him: Betsy my bloody phone has stopped roaming can you come to the Wash po place opposite Mables.

This was Gray’s first political convention. He found the whole thing pretty wild and was clearly overwhelmed by the Q, the place where all the convention speeches took place.”I think it’s really fascinating,” he said. “No one really cares about what Donald Tump’s actual motivations are,” he said.

When asked to name the most memorable thing he saw at the RNC, he replied, “Oh..those guys blowing chauffers, they think Trump is the reincarnation of King Cyrus.”

Back in Washington, when news emerged that Freddie Gray officers were suing prosecutor Marilyn Mosby, I emailed to tell him.

Me: You’re back in the news. Congrats!

Him: I am hoping our interview has been binned on account of boredom. Also the dead Freddie is much more interesting.

Me: No, it hasn’t been “binned” whatever that means. I just have to write it. Taking my time. The dead guy is pretty popular.

Him: He’s killing me.

When I first met Gray, he suggested we try to spread a false rumor — the rumor being that GOP Veep hopeful Mike Pence wears a corset. Yes, he was joking and the whole thing never took off.

Please note: The poor guy was so hungover during this interview that I felt a little sorry for him. But it didn’t stop me from asking him every single question and a few extra just to make the whole thing that much more torturous.

Named for: They were going to call me Domick and they thought it was a bad idea.

First job ever:  Working in Tower Records. I sold CD’s.

Previous jobs: He was formerly literary editor of The American Conservative, and before that deputy editor of the Catholic Herald. 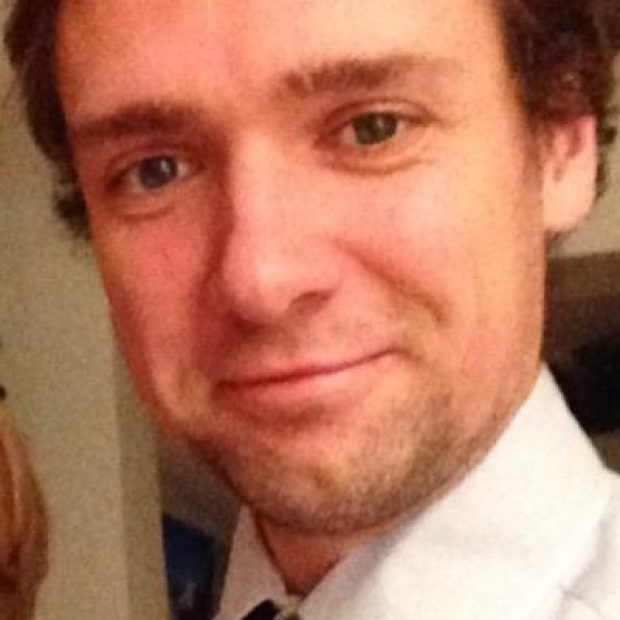 If someone wants to get on your good side, what candy or liquor should they ply you with?  Gin.

Most exotic place you’ve ever visited: The Republican National Convention in Cleveland.

Why do you think Washington is so polarized? And please consider your answer in terms of boring us. I think people are bored. People don’t have enough to worry about.

How often do you Google search yourself?  Quite a lot. Maybe 78 times a day. But the only person who comes up is the guy who died in Baltimore. He’s completely destroyed my Google presence. I have to tell people I’ve been reincarnated as a British journalist.

Who is your celebrity crush? I’m not a complete idiot, I’ve watched film, but I can’t think of anyone. I’ll go with Kate Moss.

Word or phrase you overuse:  Visceral.

Book that touched your soul: You want me to answer this seriously? The Brothers Karamazov.

Time you spend on Twitter each day (be honest):  An increasing amount…maybe an hour. That’s quite depressing.

If you had to kiss a politician who would it be?  Ted Cruz. That’s a joke. I find him hideous. Margaret Thatcher. Out of gratitude. I’m not into that [necrophilia].

Katie Couric or Diane Sawyer?  Katie Couric, because I know who she is.

Chuck Todd or David Gregory?  Chuck Todd, again, because I know who he is.

What’s next for you? What would you do with your life if absolutely nothing could stop you?  I would make my own movie about America and how much I love it.

What site do you read regularly (other than your own)?  The Daily Caller.

Do you believe in 5-year plans? If so, where do you hope to be in 5 years? I don’t have five-year plans. I should come up with one, but I don’t have one.

Stolen from Inside the Actors studio: If Heaven exists, what would you like to hear God say when you arrive at the Pearly Gates? You’re forgiven.

If you had to have a U.S. senator or congressman as your father who would it be? Rand Paul. He’d make an excellent father.

Since this is The Mirror Questionnaire, what would you change about yourself physically if you could?  I would shave.

And your personality?  More self-discipline.

Preferred beach anywhere in the world:  Seaview in the Isle of Wight…south of England.

On a scale of 1 to 10, how self-obsessed are you?  (10 being you can’t tear yourself away from your own daily Google search and 1 meaning you often spend time in the country away from your computer and don’t give a crap about your Klout score.) I’ll give myself a good 8.

Workout regimen: I do press ups [a.k.a. pushups] and planks in the office. I’m afraid I’ve fallen off the wagon on that front. I play soccer once a week.

Pick one – flabby thighs, cankles or love handles?  Cankles, I like those.

A thought that brings you great joy: The idea of having perfect legs.

A regret (of any kind): That I’ve let my legs get too fat.

Any brushes with death? I don’t think so, no.

Most annoying thing your editor (boss) does: I used to have a boss who would call me a lot in the middle of the night.

Go for a stroll in the park with one of the following and explain the reason for your choice. 1. Whoopi Goldberg, The View. 2. CNN’s Chris Cuomo. 3.  FNC’s Megyn Kelly. Megyn Kelly. That’s a great selection.

When was the last time you were, if ever, naked outside? It has happened. In Guatemala in 2003-4.

From The Sunday Times’ Toby Harnden: If you could tell one person to their face that they’re full of shit, with no consequences, who would it be?  I’d look in the mirror.

From Washington Free Beacon’s Lachlan Markay: Which universally acclaimed piece of literature, art, film, or music can you simply not stand?  The West Wing.

From SiriusXM’s Julie Mason: What is the lie you always tell about yourself? I do I’m sure I do…I just can’t think of one.

From Stateless Media’s Peter Savodnik: Why do you matter? Because black lives matter.

From New York Post’s Tara Palmeri: If you could give one politician or talking head a makeover, who would it be and what would you do? Eric Trump. Mess up his hair.

From motivational author and blogger Sophia Nelson: What do you want people to say about you, not when you die, but as you live? That he’s a brilliant journalist.

Please provide a question for the next lucky victim of The Mirror Questionnaire. Make it good. It may live on indefinitely. Do you regret agreeing to do this interview?