Tuesday’s broadcast of Morning Joe featured a graphic explaining that Donald Trump is losing support from millennial voters, except according to the poll they referenced, that’s not true.

Hosts Mika Brzezinski and Joe Scarborough pointed to the most recent findings from Quinnipiac University. 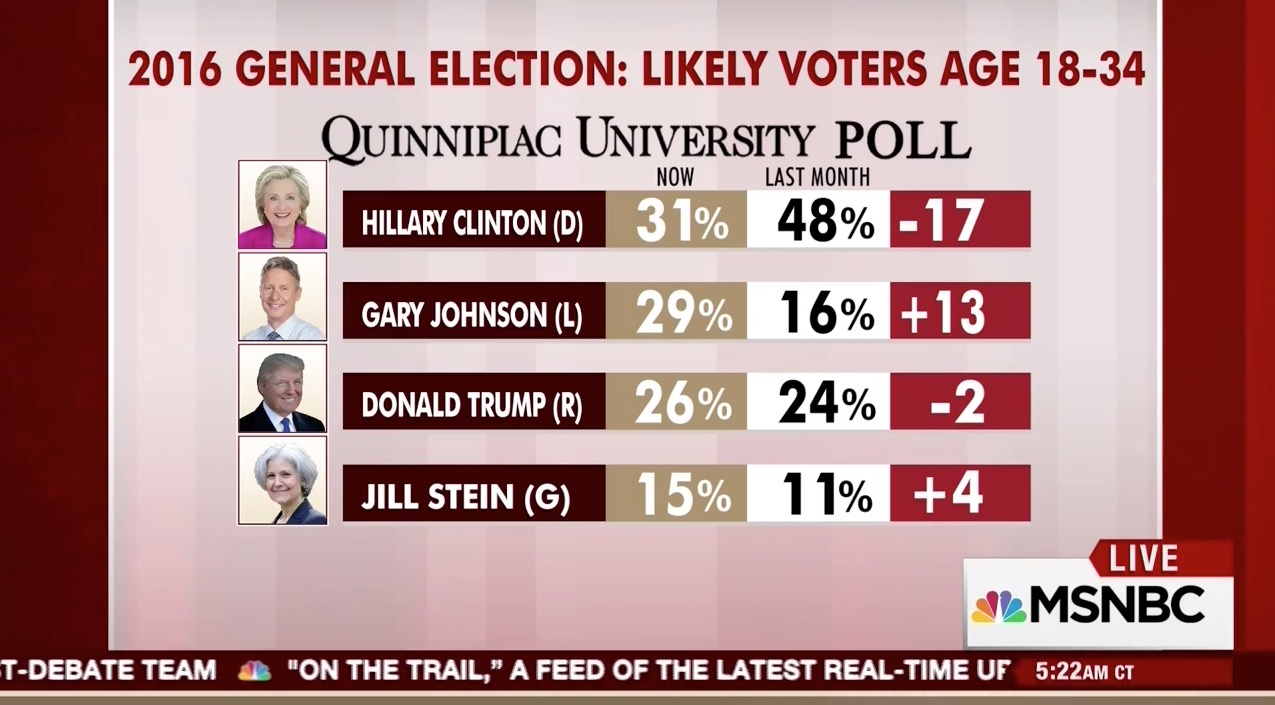 The figures displayed in “Morning Joe’s” graphic show Trump at “-2,” though NBC News reported on Sunday that Trump was actually “+2” when moving from August-September. 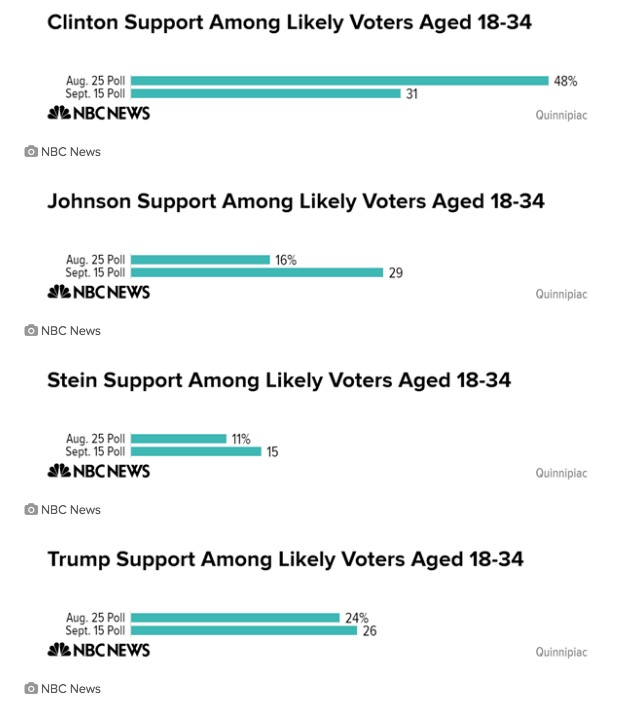 Additionally, Brzezinski and Scarborough went out of their ways to explain how the overwhelming majority of Clinton’s 17 point slip was transferred to Gary Johnson and Jill Stein, but never once brought up Trump’s shift.

“The latest national Quinnipiac poll shows Clinton lost 17 points with the voters between the ages of 18 and 34,” stated Brzezinski. “And most of that going to Gary Johnson.”

“And Jill Stein got the other four percent.”