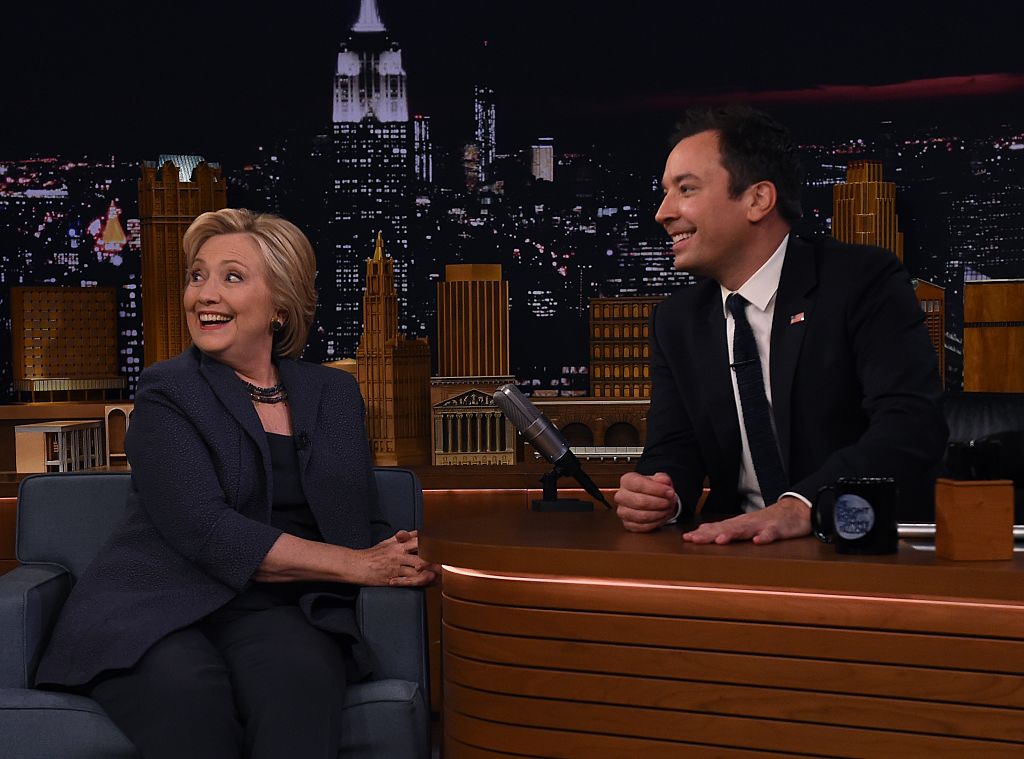 US Democratic presidential nominee Hillary Clinton speaks with talk show host Jimmy Fallon as she attends the taping of The Tonight Show with Jimmy Fallon in New York, on September 16, 2016. / AFP / TIMOTHY A. CLARY (Photo credit should read TIMOTHY A. CLARY/AFP/Getty Images)

To set up his gag, Fallon passed Clinton a brown paper bag, which she jokingly said was “a pretty beat-up bag.” (VIDEO: Here’s What Hillary Had To Say About Trump On ‘The Tonight Show’)

Hillary BOMBS Fallon: “It looks like a homeless person’s”. She has NO idea what it’s like to be homeless; #Deplorable! #TrumpAQuote #Trump pic.twitter.com/oCvp5T8iMp

@BionicJen77 @Always_Trump I’ve lost everything.Been on the streets. Owed thousands but had zero$ & I’m for Trump. Paying attention is free.

@Always_Trump Did she just put down a Homeless person? Seriously ppl. Trump would have been cremated for that one. She is Deplorable…wth.

@Always_Trump Figured she bombed bc no 1 on the left is tweeting about it.Maybe they’re offended by her making fun of the homeless. #caring

@Always_Trump @HillaryClinton laughs at 12 year old rape victims, so why not the homeless too?#Skittles

@Always_Trump WOW can she be any more condescending?

@Always_Trump Meanwhile, homeless men found the bomb in NJ just yesterday and possibly saved many lives, and she cracks this joke? Damn.

@Always_Trump How despicable of Hillary Clinton to make fun of homeless people – sort of like her comment: “Get those retards out of here.”

@Always_Trump You’re kidding me right? And you think the guy that shits on a solid gold toilet does? Give me a fucking break.