Ann Coulter said it “took a reality TV star” to take on the “uni-party” of Republicans and Democrats.

Coulter admits in a recent interview with Vanity Fair, that before the election, Donald Trump would have been the last person she would have put support behind to run the country. But after she heard him speak that first time, it changed everything.

The 54-year-old conservative pundit added that if it wasn’t for Trump she was planning to skip the 2016 election all together and leave the country. (RELATED: Ann Coulter Left Speechless After Being Told To ‘Kill Herself’ During Rob Lowe’s Roast) 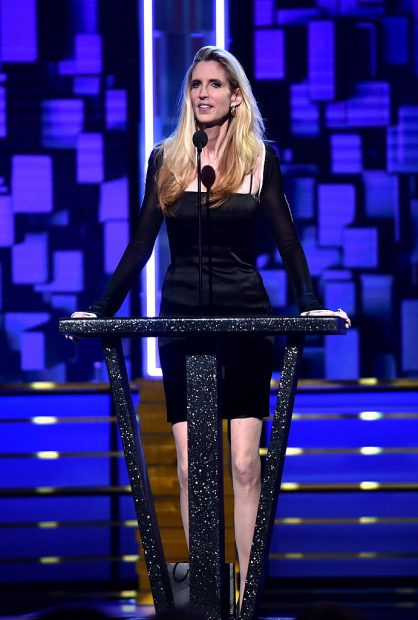 “I hated them all,” Coulter said. “And in fact, I think Trump saved my life, because looking at that field of candidates, I mean, I was hoping that Mitt Romney was going to get in…and he was the best that we have ever had until Trump. But without him in the race, I just thought, ‘I can’t do this.'” (RELATED: Classy! Ann Coulter Refused To Tell This Hillary Clinton Joke During Rob Lowe’s Comedy Central Roast)

“‘I can’t defend any of these guys,'” she added. “‘I am not going to go on TV and pretend that any of them are going to be better than any Democrat.’ And you know, I have always wanted to learn French, so I figured that I would just go to France for 2016 and skip the election year, hang out, learn French.”

“And I happen to love Eagles of Death Metal, so I totally would have been at that concert [at the Bataclan], except Trump ran so I couldn’t leave,” she continued. “As I described in the book, in the first few months of Trump running, I kept thinking to myself, ‘Finally, someone is raising all these awesome issues. Finally, we have a candidate saying all the things that I have been waiting for any candidate to say, but why does it have to be Trump?'” (RELATED: Ann Coulter’s Critics Claim Her Jokes Fell Flat During Rob Lowe’s Roast)

[dcquiz] “Why couldn’t it be a more genteel, a more elegant person like Mitt Romney,” she said. “But as soon as you think that to yourself, you realize that is a creature that doesn’t exist in nature. For the attacks that Trump has come under, you have to be a tacky reality-TV star.”

“You have to punch back harder than they do,” she added. “You have to be sending out late-night tweets and insulting your enemies. He is the only one who could take on the uni-party of the Republicans and the Democrats.”

Coulter also admits that while she supports the Republican presidential nominee “100 percent” there have been many times she has found herself not being able to stand behind what he’s said.

“Now it seems funny to me and I think it is part of his charm,” she added. “And sometimes I think it is strategic, and I didn’t realize it at the time.”