Court papers detailing the federal charges against accused bomber Ahmad Khan Rahami include gruesome descriptions of his victims injuries as well as accounts about how powerful the bomb that exploded in New York’s Chelsea’s neighborhood Saturday really was.

Approximately 31 individuals, including one person from the United Kingdom, were injured in the 23rd Street bombing. According to the federal charges against Rahami, these injuries included “lacerations to the face, abdomen, legs, and arms caused by flying glass; metal shrapnel and fragmentation embedded in skin and bone; and various head injuries.”

At least one victim, who was hospitalized, had to have “multiple ball bearings removed from her body, as well as metal fragmentation from her ear and wood shards from her neck.”

One victim drove by the blast sight in his car was knocked unconscious; while another victim suffered a head injury when the blast struck the vehicle she was traveling in. 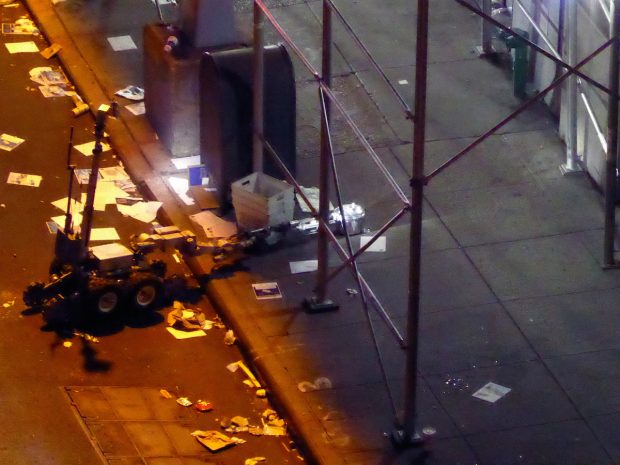 Ultimately, the bomb on 23rd street, which used a cell phone as a timer, was composed of a “high explosive main charge” causing remarkable injury and millions of dollars in property damage across a 650-foot crime scene.

The explosive components were placed inside a pressure cooker and planted in a dumpster. “The blast propelled the more-than-100-pound dumpster more than 120 feet,” court papers say.

Additionally, the explosion shattered windows as far as 400 feet from the detonation site and vertically over three stories high.

The device was packed with with ball bearings and steel nuts in likely effort to increase its lethal blow. Hundreds of these fragments were found as far as 650 feet from the detonation site. 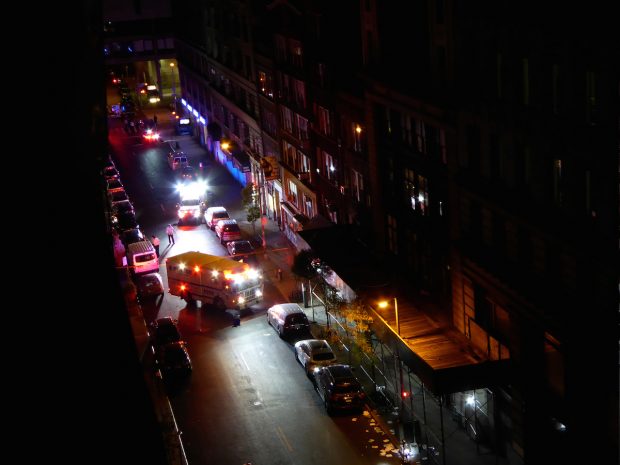