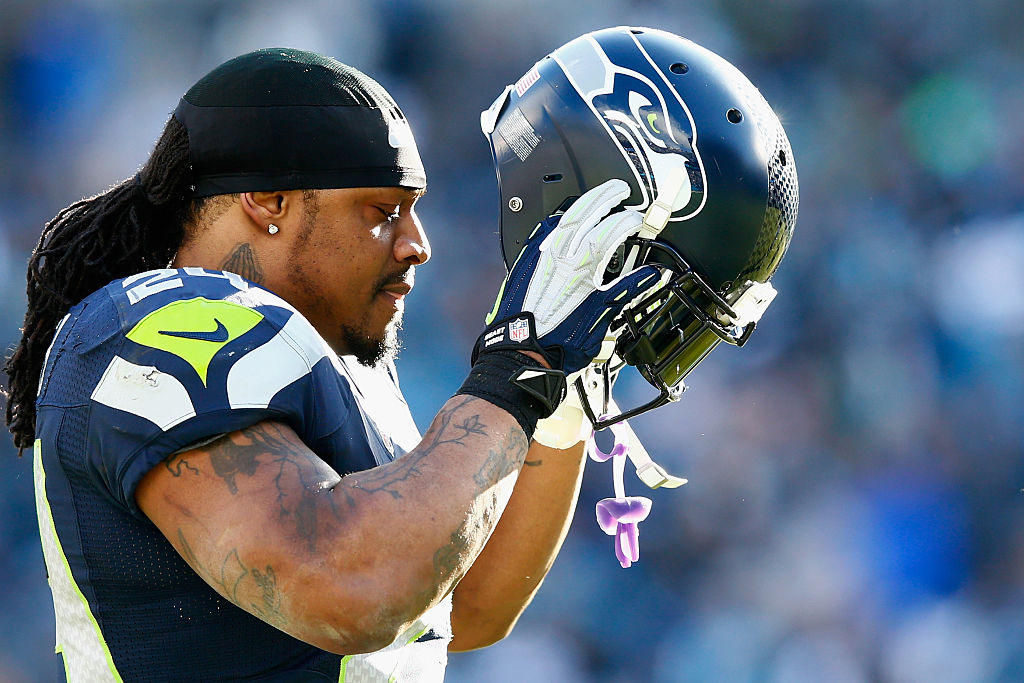 Lynch doesn’t usually speak up about anything. (Photo by Streeter Lecka/Getty Images)

While on Conan, the talk show host asked for Lynch’s take on the San Francisco quarterback’s polarizing protest tactics of taking a knee during the national anthem. The former Seahawk’s quarterback had a blunt response.

“With what’s going on, you know, I’d rather see him take a knee than stand up, put his hands up and get murdered,” Lynch said holding his hands above his head.

“My take on it is [expletive] we gotta start somewhere and if that was the starting point I just hope people open up their eyes to see that it’s really a problem going on and something needs to be done for it to stop,” Lynch said.

“If you’re really not racist, then you won’t see what he’s doing as a threat to America, but just addressing a problem that we have.”

Lynch famously refused to talk to media during his career in the NFL. He’s never opened up quite like this before.