Wisconsin football coach Paul Chryst’s mind games with Michigan State before the game on Saturday can only be the work of a madman or a genius.

The biggest question that everybody wants to know is who will be the Badgers starting quarterback when they face the Mark Dantonio led Spartans. Badgers quarterback Bart Houston was initially the starter before being pulled in favor of redshirt freshman Alex Hornibrook against Georgia State. 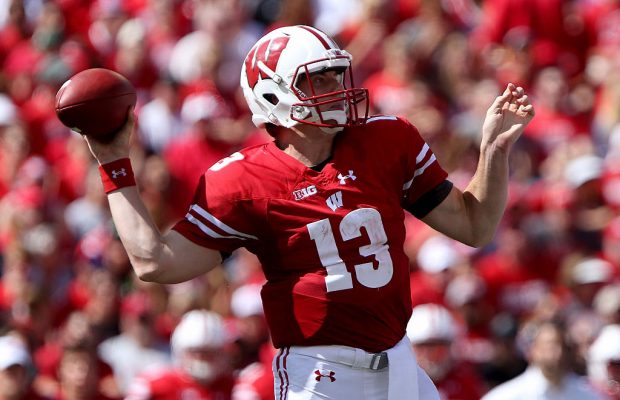 MADISON, WI – SEPTEMBER 17: Bart Houston #13 of the Wisconsin Badgers throws a pass in the third quarter against the Georgia State Panthers at Camp Randall Stadium on September 17, 2016 in Madison, Wisconsin. (Photo by Dylan Buell/Getty Images)

That’s when Chryst set into motion his cruel mind games with Michigan State. The offensive genius stated that Houston was still the starting quarterback, only to then have somebody leak to the media that Hornibrook was the guy. (SLIDESHOW: Get College Football Started Right With These Top 25 Ranked Cheerleaders) 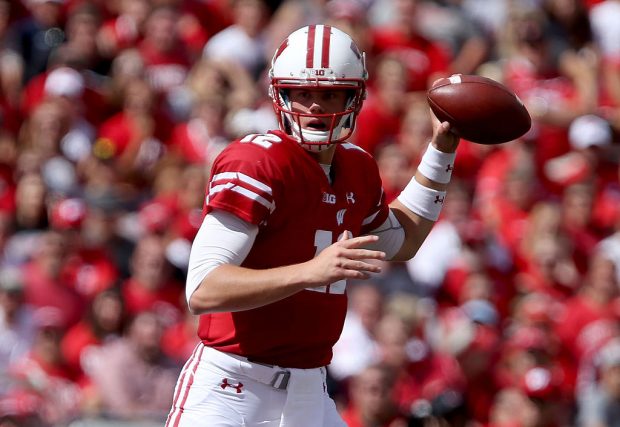 MADISON, WI – SEPTEMBER 17: Alex Hornibrook #12 of the Wisconsin Badgers drops back to pass in the fourth quarter against the Georgia State Panthers at Camp Randall Stadium on September 17, 2016 in Madison, Wisconsin. (Photo by Dylan Buell/Getty Images)

So of course Dantonio has no idea what the Badgers are thinking for the upcoming game. However, Chryst wasn’t done there. He then trotted out both quarterbacks to the media on Tuesday night where they just dragged the media in circles.

Alex Hornibrook was asked if he’d be the starting QB tonight. He stopped the interview to ask media relations how to answer. Hilarious.

Having one quarterback change his answer mid-interview is classic mind games. Honestly not even sure if the game needs to be played Saturday because Chryst is taking up plenty of acreage in Dantonio’s head rent free. The game won’t even be close and this is the elegant work of a genius. I can’t even imagine how much sleep Michigan State players have lost while worrying about this fiasco.

1
'What A Stupid Question': Doug Jones Asked Whether Abortion Should Be Banned After 5 Months
Politics
2
Meet The 'Anti-AOC' Running To Be The Youngest Person Ever Elected To Congress
Editorial
3
EXCLUSIVE: 'I Hate Roger Stone': Corey Lewandowski Weighs In On Stone Pardon Speculation And 2020 Presidential Election
Editorial
4
Jenna Bush Hager Reveals Chat She Had With Dad About Alcohol That Changed How She Views Drinking
Entertainment
5
Julian Assange's Lawyer Says Trump Offered WikiLeaks Founder A Pardon
Politics