“I don’t understand why people are upset,” the 37-year-old singer said in an interview with Complex when speaking about the San Francisco 49ers quarterback refusal to stand for the national anthem. (RELATED: Wayne Newton To Colin Kaepernick: ‘Get The Hell Out Of Here’) 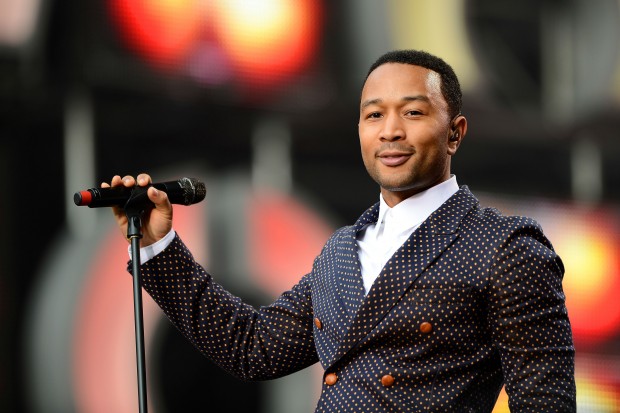 “But I do understand, actually,” Legend said. “They’re always upset when you protest these things. People only like it in retrospect.” (RELATED: Michael Moore Defends Colin Kaepernick’s Decision To Protest The National Anthem)

“Dr. King was unpopular while he was alive–he’s only popular now because he’s dead and not a threat to anyone,” he added. “But he was a threat to the status quo back then and the people — the so-called ‘moderates’ — used to say, ‘Well, we’re with you, but you gotta be more patient.'”

‘”We’re with you, but you shouldn’t protest like this,'” he continued. “They’ll police your protest more than the things you’re protesting against, which is the real [source of] oppression. I feel like people are doing the same thing with Kaepernick.”

“The reality is he [Kaepernick is] protesting black men and women–people of color–getting shot by police when they’re unarmed, and those police facing no consequences,” he said. “Think about how corrosive that is for a society if we allow that to continue to happen? You’re upset that he’s kneeling down in peaceful protest, but you’re not upset by what he’s protesting against?”