Students at taxpayer-funded Ramapo College of New Jersey attempted to organize a themed barbecue to kick off the new school year but administrators decided the theme — “American BBQ” — was “offensive.” Consequently, students say, the administrators forced the students to ditch the “American BBQ” theme — and to describe the event as just a run-of-the-mill barbecue.

The plan was for a pair of residence halls, the College Republicans and the College Democrats to organize and co-host the “American BBQ” event on September 16 (a Friday), according to emails obtained by Campus Reform.

The two campus political groups would feature tables at the event. There would be information on registering to vote.

Trouble began to brew just two days before the “American BBQ” when one of the residence halls withdrew because someone — possibly a student, possibly an administrator — was offended by Uncle Sam-like flyers advertising the campus cookout. The flyers were too “military and recruitment-oriented” and “considered offensive,” student resident assistant Ariana Rivera explained to College Republicans president Taylor Gilson via email.

The deeply controversial flyers featured some basic version of Uncle Sam pointing outward with the message: “We want you…to come to our BBQ.” 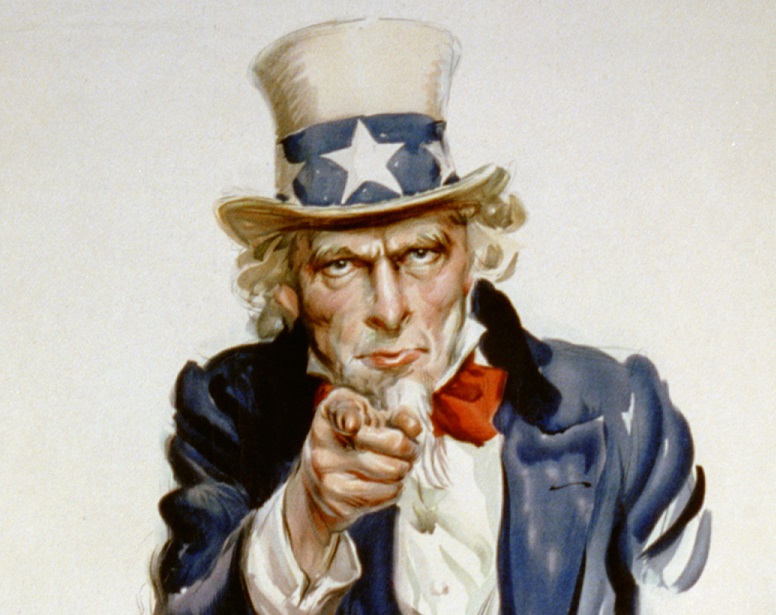 Gilson responded by asking for details about who found the “American BBQ” event to be “offensive.”

“To be honest, I’m not sure. I think it was administrative,” Rivera responded. “I was told that our advertising was too ‘military and recruitment-oriented,’ because we had the Uncle Sam saying ‘I want you…’ I think? However, we saw other posters with that same idea, so I really don’t know.”

Matthew Searfoss, vice president of the Ramapo College Republicans, told Campus Reform he believed “the administration thought that these posters were too militaristic and not inclusive of the entire student population.”

Later, Rivera informed Gilson that the barbecue at the taxpayer-funded school could go on as long as it would be scrubbed of references to the United States.

In an essay at the social media platform Odyssey, Ramapo College Republicans member Monica Lynn likened the forced scrubbing of “American” from the barbecue to the “public outcry from college students for their universities to implement “safe spaces’.” (RELATED: Fancypants College In Cleveland Offers SAFE SPACE For Students Traumatized By GOP Convention)

“This issue was swept under the rug like nothing happened, and to some it may seem quite trivial, but to me this spells out a larger message: that a lot of colleges and universities in today’s society are willing to shut down students’ opinions in fear of offending someone,” Lynn suggests.

Ramapo College public relations spokeswoman Angela Daidone said that a mysterious “miscommunication” caused students to believe that the administration was threatening to cancel the “American”-themed barbecue.

Daidone failed to provide details on the exact nature of the “miscommunication.”

Ramapo College is home to a multitude of student clubs and organizations including Feminists United, Young Leftists and Progressives, Model U.N. Club, Ebony Women for Social Change and, of course, Ramapo Pride, which “provides a safe environment for lesbian, gay, bisexual, transgender, intersex, queer and questioning (LGBTIQQ) students, and their straight allies.”

The Ramapo College Democrats have since completely denied any involvement with the barbecue event.