Bill Clinton answered questions about donations made to the Clinton Global Initiative by slamming Donald Trump.

Clinton told Billboard magazine that people are only interested in donations to the Clinton Foundation “because Hillary’s running for president.” Adding, “There was no controversy before.”

The former president is referring to reports in the news noting the connection between then-Secretary of State Hillary Clinton and contributions to the foundation, leading many to say there was a pay-for-play aspect in effect. (RELATED: Report: Clinton Foundation Staffers Brace Themselves For Dozens Of Layoffs) 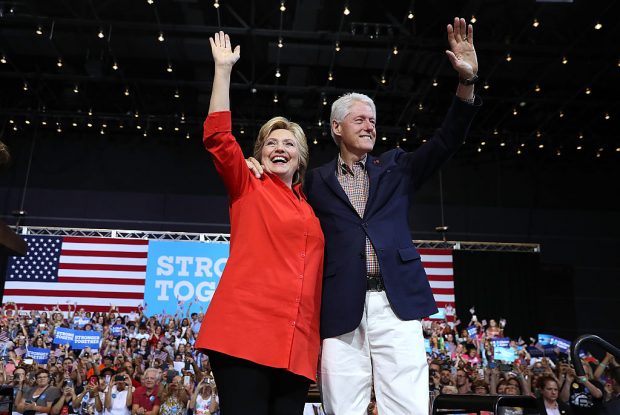 “Her opponent [Donald Trump] gave me $100,000,” Clinton said. “He asked me what I did and I explained it to him. He said ‘that’s great’ and he sent me $100,000. I learned last week that it came from somebody else, but it was an interesting gesture.” (RELATED: Bill Clinton Says It Was Only ‘Natural’ For Clinton Foundation Donors To Ask For Favors)

Clinton then reflected on the 2016 election during his final address at the foundation, the article continued, noting that it’s easier to sell people on “resentment and anger” rather than “answers.”

“You’re dealing with a different kettle of fish now,” he added. “And a different media environment and a different psychology in the world because of the long hangover of the financial crisis. It’s easier to peddle anger and resentment than answers and concerns.” 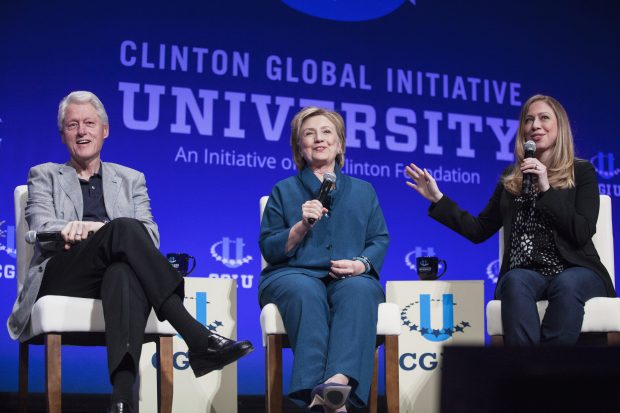 “So there’s a temptation to say… ‘life is a zero sum game and I’m losing,'” he continued. “Our differences matter more than our common humanity. The hell with the findings of the human genome projects that we’re all 99.5 percent the same.”

“No,” he said. “Choose resentment over reconciliation, choose anger over answers, choose denial over empowerment and yes, choose walls over bridges. These are not the right choices.”