Legendary college basketball coach Bobby Knight said that if he were the coach of Colin Kaepernick or the owner of the San Francisco 49ers, he would have “gotten rid of the guy.”

“It’s a distraction. We don’t need a distraction like that,” Knight said Friday on “Fox and Friends” on Fox News. “Our team has got to get together. We’ve got to have our team play. And now we’ve got a terrible distraction. A tremendous distraction, that really has nothing to do with the competition there,” Knight told FOX & Friends.

Bobby Knight on Colin Kaepernick controversy: “Were I the coach…I’d have gotten rid of the guy, it’s a distraction.” pic.twitter.com/0KUL1YKNMk

“It’s hard for me to imagine anybody that can fault the opportunities one has in this country,” he continued. “There’s no country in the world that provides better opportunities for people that are willing to work, willing to sacrifice. And I would have had a very difficult time playing with a guy like that, coaching a guy like that or having him as a team member.” 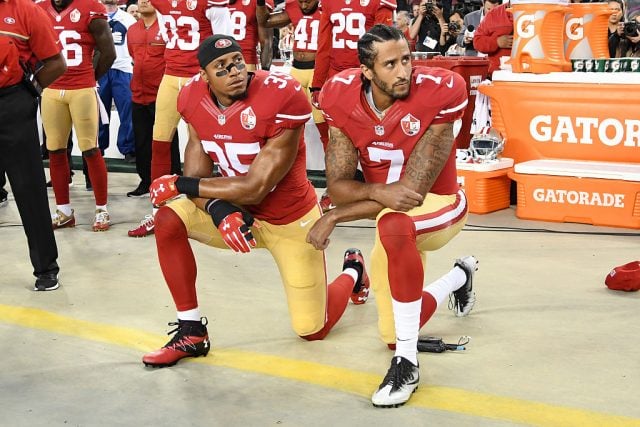