Gary Johnson was making the argument for why he should be allowed on the debate stage when he did the strangest thing: he stuck out his tongue and tried to talk. 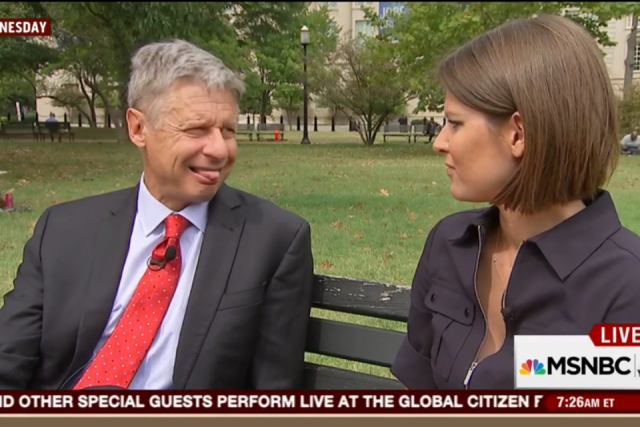 [dcquiz] “People would recognize that there’s another choice,” Johnson told NBC’s Kasie Hunt. “There would be an examination of me and Bill Weld as who we are and what we’ve done.”

Then Johnson stuck out his tongue — and kept going with his argument.

“I’m not gonna stand up there for the whole debate and not say anything and [incomprehensible].”