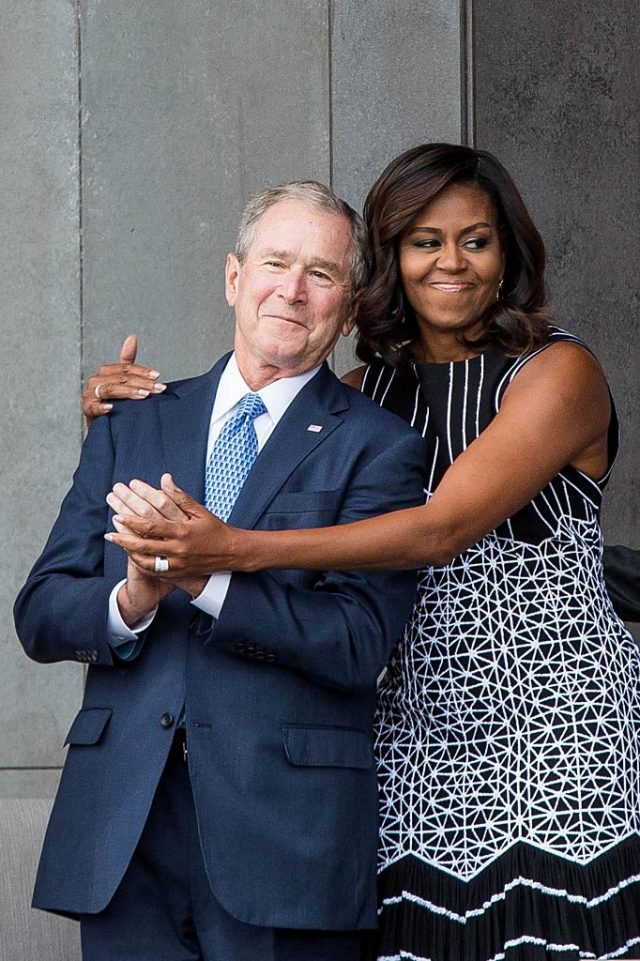 The two presidential families sat together at the opening of the Smithsonian National Museum of African American History and Culture in Washington, D.C. on Saturday. It had been 13 years since Congress first authorized its construction when Bush was in office. 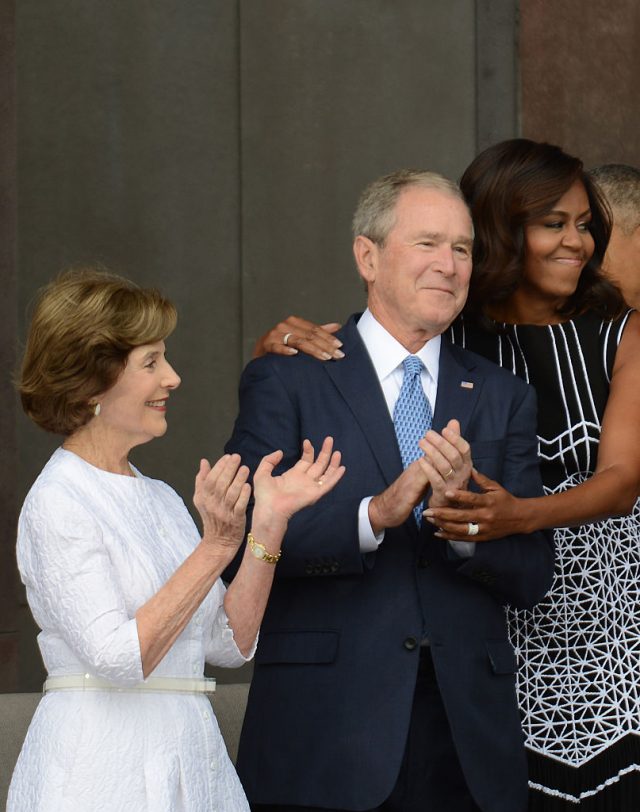 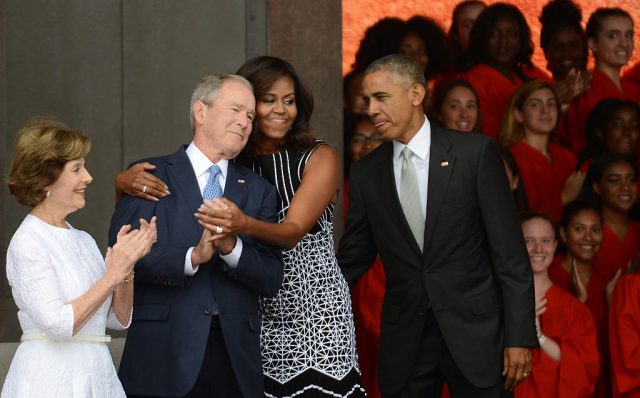 During his speech, Barack Obama praised the coexistence of “protest and love of country.”

“This is the place to understand how protest and love of country don’t merely coexist but inform each other, how men can proudly win the gold for their country but still insist on raising a black-gloved fist, how we can wear an ‘I can’t breathe’ T-shirt and still grieve for fallen police officers,” Obama said. 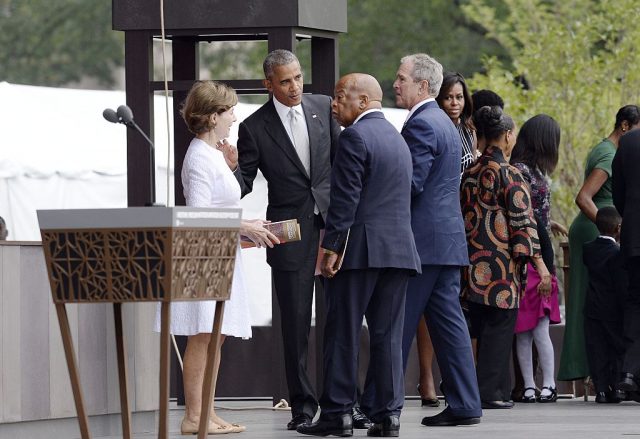 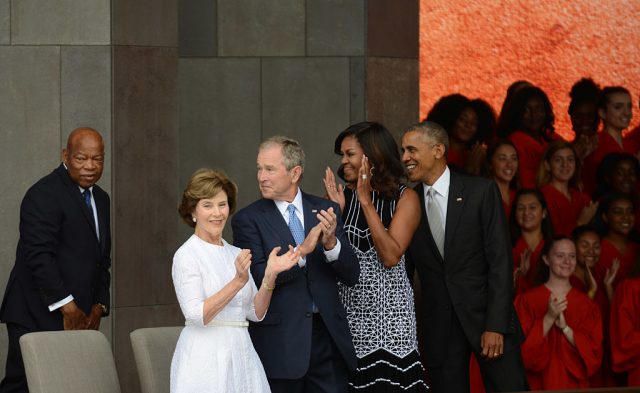 “What we can see of this building, the towering glass, the artistry of the metalwork, is surely a sight to behold. But beyond the majesty of the building, what makes this occasion so special is the larger story it contains.”

“Below us, this building reaches down 70 feet, its roots spreading far wider and deeper than any tree on this mall, and on its lowest level, after you walk past remnants of a slave ship, after you reflect on the immortal declaration that all men are created equal, you can see a block of stone.”

“On top of this stone sits a historical marker, weathered by the ages, and that marker reads ‘General Andrew Jackson and Henry Clay spoke from this slave block during the year 1830.’ I want you to think about this. Consider what this artifact tells us about history, about how it’s told, and about what can be cast aside.” 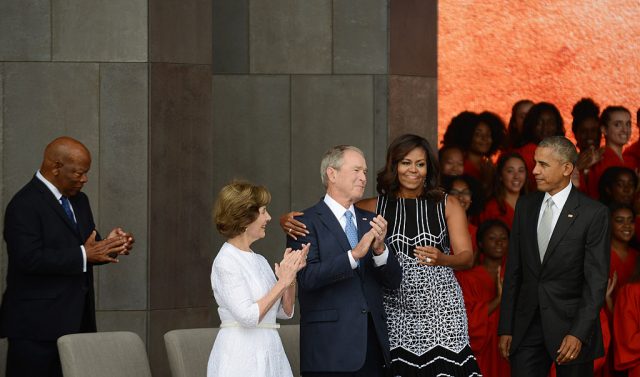 “On a stone where day after day, for years, men and women were torn from their spouse or their child, shackled, and bound, and bought, and sold, and bid like cattle, on a stone worn down by the tragedy of over 1,000 bare feet. For a long time, the only thing we considered important, the singular thing we once chose to commemorate as history, with a plaque, were the unmemorable speeches of two powerful men. And that block, I think, explains why this museum is so necessary, because that same object reframed, put in context, tells us so much more.”

“As Americans, we rightfully passed on the tales of the giants who built this country, who led armies into battle, who waged seminal debates in the halls of Congress and the corridors of power, but too often we ignored, or forgot, the stories of millions upon millions of others, who built this nation just as surely, whose humble eloquence, whose calloused hands, whose steady drive, helped to create cities, erect industries, build the arsenals of democracy.”