Great ugliness abounds in the pristine, marbled halls of Congress.

In an unprecedented reaction to a presidential debate, a GOP member of Congress has called his own wife and mother a bitch in an attempt to insult Democratic contender Hillary Clinton.

It’s one thing to call Hillary a bitch. But seriously — calling your own wife and mother a bitch takes a certain gravitas.

This incredible tidbit was revealed by pollster and focus group moderator Frank Luntz, who tweeted a text sent to him by a GOP member of Congress that he did not name. 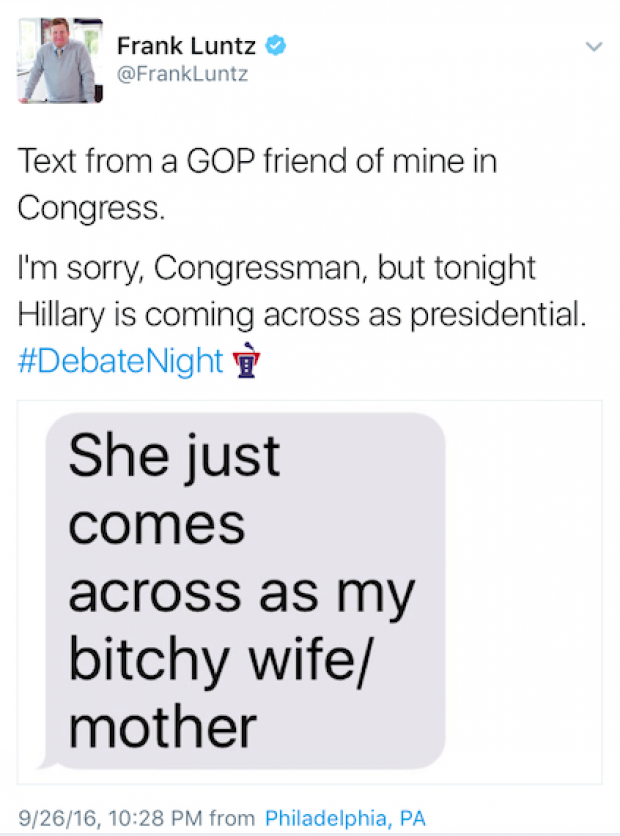