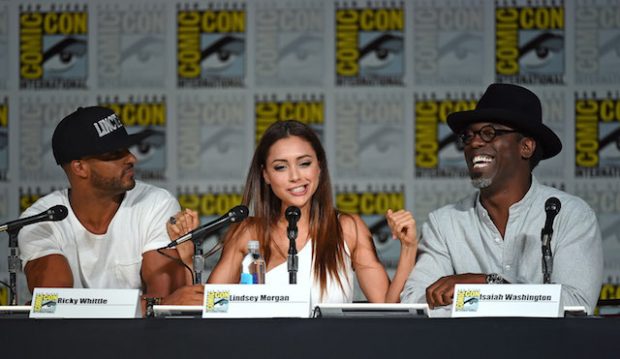 The 53-year-old “Grey’s Anatomy” star wrote a lengthy post on his Facebook account saying that blacks should stay home from work on Monday if they really are “fed up” following recent police involved shootings. (RELATED: Liberal Activists, Celebrities And Politicians Lose Their Minds Over Tamir Rice Ruling)

“Alright, its 3 hours short of 12 midnight on the East Coast in America,” Washington wrote. “Give me and my Team a ‘reason’ to speak to CNN International and the world on Tuesday and its official. It’s time.” (RELATED: Black Lives Matter: The Kardashians Are Racist For Appropriating Black Style)

“Imagine if every single African-American in the United States that was really fed up with being angry, sad and disgusted, would pick one day to simply ‘stay at home’ from every single job, work site, sports arena and government office in the United States of America,” Washington wrote in his original post. “I’m very sure that within 72 hours from Wall Street to the NFL…Black Lives Would Matter. September 26, 2016 is the day.”

In an earlier post, the actor responded to a request by a CNN reporter that he wouldn’t speak to the media until the “people of America” gave him a “reason” to and called on NBC anchor and presidential debate moderator Lester Holt to join him in the boycott.

“Thank you so much for the outreach Hazel Pfeifer and CNN, but I will not speak to the media, until the People of America give me a ‘reason’ to,” he wrote. “Again, this is not about me alone. It’s about America’s…denial.”

“I would love to speak with Lester Holt on Monday, that’s only if he chooses to ‘stay home’ and make himself available.”