Kim Kardashian said that she is voting for Hillary Clinton, despite rumors that she might support Donald Trump. 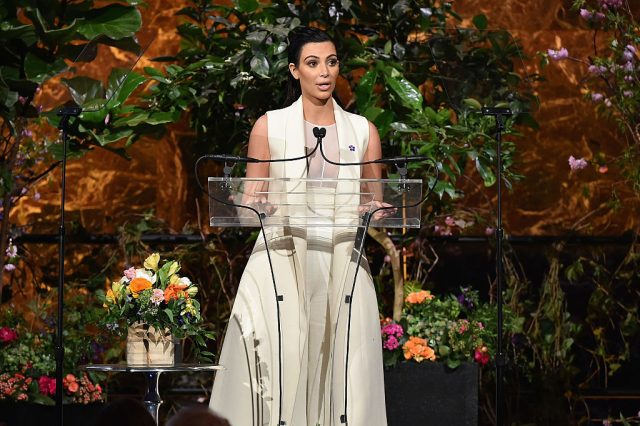 Though the 35-year-old reality star said she was “on the fence” about who to vote for in the election after she had a long conversation with Caitlyn Jenner — a known Republican — Kardashian said she’s voting Democrat. (RELATED: Caitlyn Jenner Might Have Convinced Kim Kardashian To Vote For Donald Trump)

“I had a long conversation with Caitlyn, who has always been open about her political views,” Kardashian wrote, “and she encouraged me to do my research before making my decision and then vote for the candidate whose policies aligned with the things that matter most to me.”

“And so that’s what I did. I thought about the things that are so important to me that they outweigh everything else, such as gun control and protecting women’s rights to safe and legal abortion.”

She added that she “didn’t want to vote blindly.”

“I believe we owe it to ourselves, and to each other, to ask questions,” she added. (RELATED: Caitlyn Jenner: ‘I’m Here To Help The Republican Party’)

“To do our research so that we vote for the candidate who represents our own beliefs. We should start at a place of openness, receptiveness and honesty, and we should talk to those we love, trust and respect.”