Donald Trump’s health was the topic of conversation as the first presidential debate was underway at Hofstra University in New York on Monday night.

The Republican nominee seemed to have the sniffles, and viewers watching at home took note. 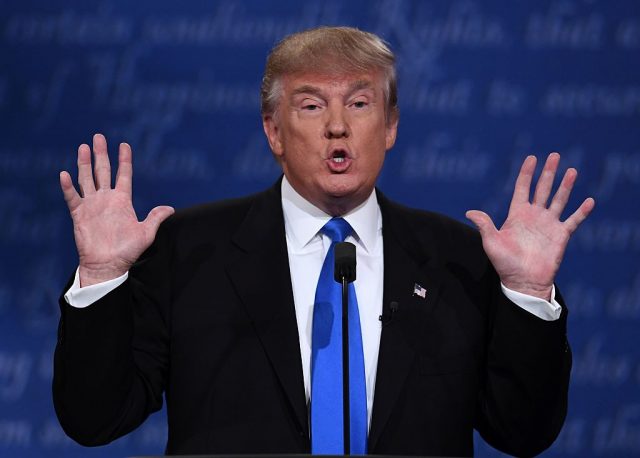 Man, #sniffles are rough. Wouldn’t wish that on someone I really, really disliked and thought was bad for the country

OMG! @realDonaldTrump bigly is NOT a word. Stay on topic. You’re the most unprepared candidate EVER!!! #sniffles

Give it up #sniffles

So far, it’s been #sniffles and “where is Lester.” #StarPressDebate

#sniffles Why doesnt anyone else see and hear that snorting Trump does..is he snorting cocaine??

Is Donald Trump allergies preventing him from answering the questions? #sniffles #debatenight2016

What’s up with Trump?is he sick? #sniffles

#TrumpedupTrickleDown and #sniffles both trending, sounds like a good night for @HillaryClinton #Hillyes!

How many coke hits did don the con have before the debate? #sniffles

This is some sort of #sniffles karma for all that sick Hilary talk, isn’t it?

Does @realDonaldTrump have a cocaine problem? #sniffles

#sniffles I think Donald Chump might be a little coked up…

Donald your the biggest debtor of us all!!!#sniffles

These #sniffles are cracking me up!!!

#sniffles and water oh boy. Yup he is a boy and bully not ready to be President.