How many women around the nation have been fat shamed by Donald Trump?

Maybe two too many who are threatening to undermine his candidacy with their muffin tops.

You knew this was going to somehow link to Alicia Machado, the Miss Universe contestant who said Trump called her “Miss Piggy” and “Miss Housekeeping.” In 1996, Miss Australia was Jodie Seal, Machado’s pageant-mate who claims Trump told her to suck in her gut.

Inside Edition interviewed Ms. Seal, who said Trump is “very brash,” “very sexist,” “not at all nurturing,” and “very scathing.”

Ironically, Seal’s remarks to the program were pretty scathing.

Seal, who was scheduled to appear on the program Wednesday, says, “He’d walk by while we were eating. He put a lot of the girls down. It was supposed to be the time of our lives.”

Instead, she added, “He would make us exercise every day.”

The gall of a beauty queen being forced to exercise.

Seal stuck the knife in, saying Trump was like a dictator, specifically Benito Mussolini.

Miss Sweden 2014, however, had a better experience.

She said Trump was a “perfect gentleman.” 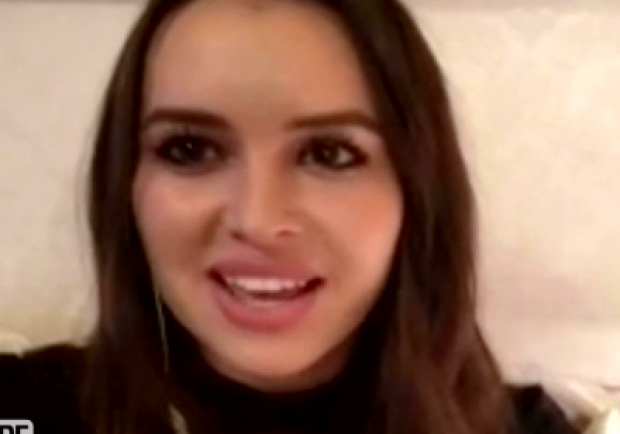 1
Farrakhan Accuses Fauci And Bill Gates Of Plotting To 'Depopulate The Earth' With Coronavirus Vaccine
US
2
Colin Kaepernick Condemns July 4th As 'Celebration Of White Supremacy'
Sports
3
Baltimore Mayor Defends Vandals Who Toppled Christopher Columbus Statue On July 4th
US
4
A 'Mini-Switzerland': This US State Is Becoming A Haven For Tax Evaders
US
5
Black Lives Matter Totally Shuts Down Nation’s Capital On Independence Day
US