Chelsea Clinton is being criticized after she took a private jet to get to a clean energy roundtable. 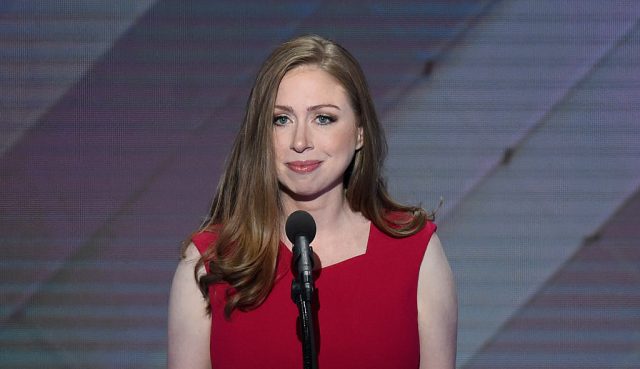 The daughter of the Democratic nominee was seen boarding a private plane after she campaigned on behalf of her mother at an event in Greenville, N.C.

She was headed for Asheville — a five-hour drive from Greenville — to push Hillary Clinton’s clean energy and jobs plan at the “Clean Energy Roundtable.”

During the roundtable, Clinton said her grandmother bought her a membership to the non-profit Greenpeace when she was in elementary school.

“She told me when I was a little girl — maybe seven or eight — that she was no longer going to give me tangible gifts for Christmas,” Clinton said. “She was going to give me a membership to an organization that I really believed in. So it was really exciting.”

“I obsessively cut up the plastic rings around soda cans so that my trash from Arkansas wouldn’t kill marine wildlife on the Gulf Coast.”