When Alvarez, an enforcer linked to both the Beltran Leyva Cartel and the Los Negros criminal organization, was captured in 2010, multiple Mexican news networks unearthed his relationship with the Venezuelan beauty queen and current Hillary Clinton surrogate, reports Univision. 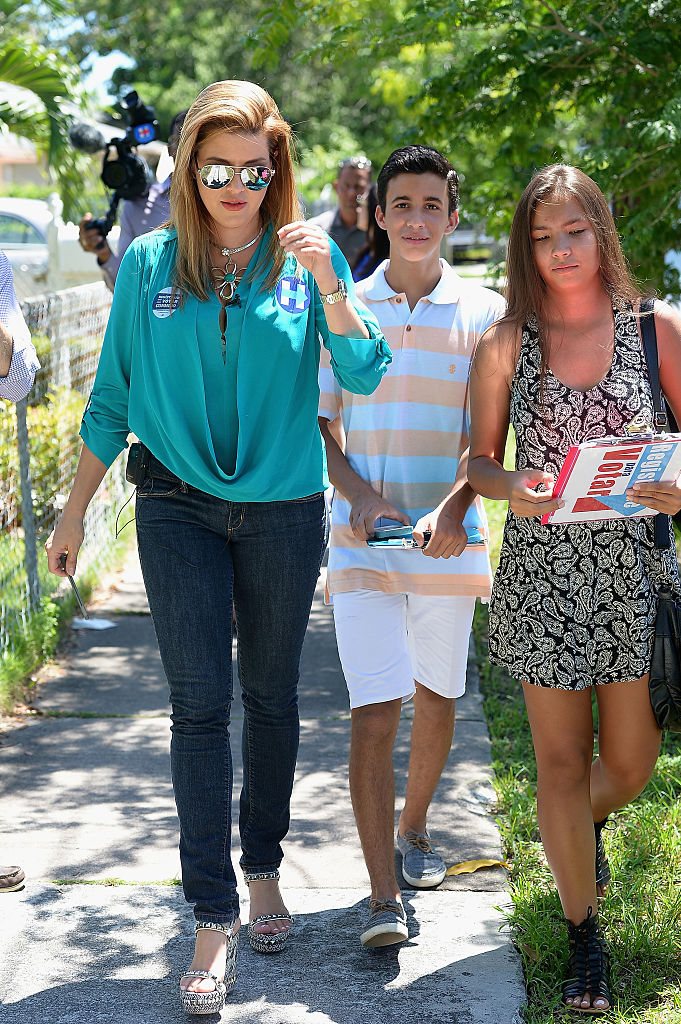 The chief piece of evidence regarding the relationship came from protected witness Edgar Bayardo del Villar, who testified on October 29, 2008 that he had seen top members of the Beltran Leyva Cartel attend the baptism of Machado’s daughter in 2008.

Though the subject of federal protection, Bayardo was murdered in Mexico City in 2009 by a police officer who admitted to being employed as a cartel hit man in exchange for becoming a state witness.

Machado has denied all accusations that her now 8-year-old daughter, Dinorah, was fathered by Rafael Hernandez Linares, a Mexican business magnate.

Machado stated that the Mexican government would release documents proving Dinorah’s paternity, but those documents have not yet been released.

Johnson cites Spanish naming customs, stipulating children inherit surnames from both the father and mother’s families, and points to Machado’s full name, Dinorah Valentina Alvarez Machado, as being proof of her true father.