Breitbart News Tech Editor Milo Yiannopoulos was forced to cancel a speaking event on feminism at Florida Atlantic University Thursday after the FBI determined there were credible threats on his life.

The Mirror caught up with Milo by text.

No, he’s not afraid for his life. No, he doesn’t think SNL’s Leslie Jones is fucking with him. More importantly, he says, he wanted to ensure that the students remain safe.

A special note about his security detail — he wants eye candy around him at all times. 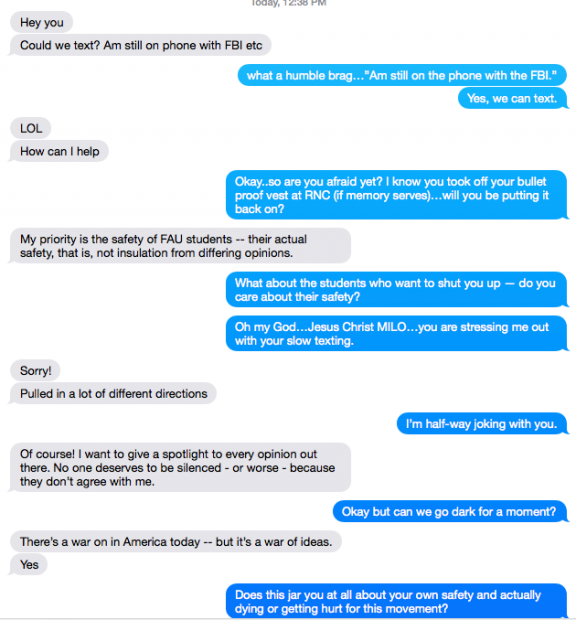 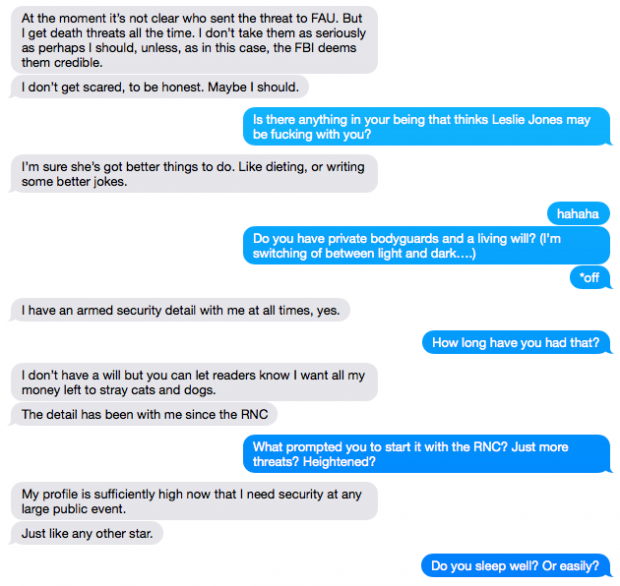 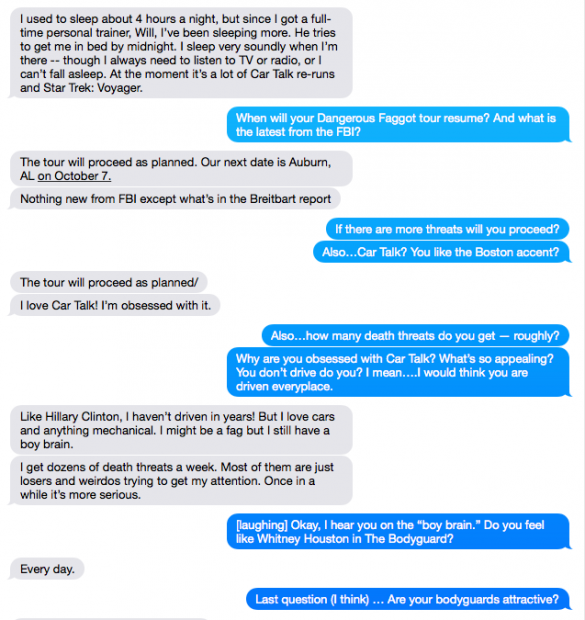 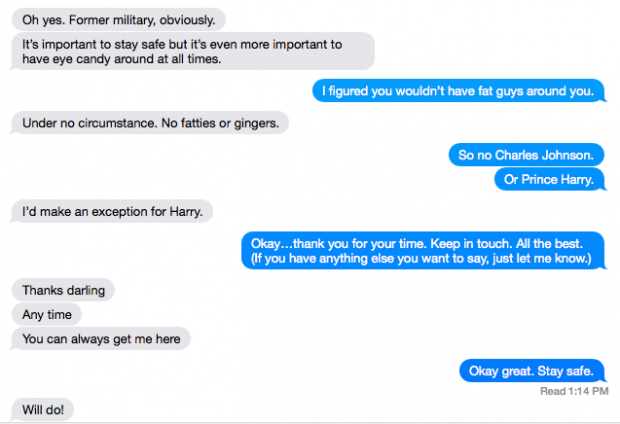