Sarah Silverman thinks the only reason Donald Trump is running for president is because Barack Obama slammed him during the 2011 White House Correspondents Dinner. 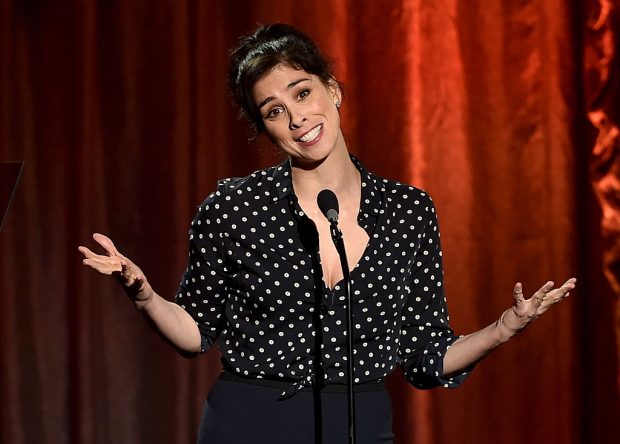 The 45-year-old comedian tweeted that the Republican presidential nominee is running for the highest office in the land because his “ego” was bruised in 2011 when the president mocked him. (RELATED: Barack Obama Mocks Donald Trump During White House Correspondents Dinner)

“He has zero desire to be a public servant,” Silverman tweeted. “This is only ego and a direct reaction to Obama tearing him a new asshole at the WHCD.”

He has zero desire to be a public servant. This is ONLY ego & a direct reaction to Obama tearing him a new asshole at the WHCD https://t.co/3jPsfJ3Atd

At the annual dinner five years ago, Obama made fun of Trump in front of journalists and celebrities. (RELATED: Sarah Silverman’s Twitter Account Hacked With Anti-Hillary Message)
WATCH:

“I know that he’s taken some flack lately — no one is happier, no one is prouder to put this birth-certificate matter to rest than the Donald,” Obama said. “And that’s because he can finally get back to the issues that matter, like: did we fake the moon landing? What really happened in Roswell? And — where are Biggie and Tupac?”

“We all know about your credentials and breadth of experience,” he added. “For example, just recently, in an episode of Celebrity Apprentice, at the steakhouse, the men’s cooking team cooking did not impress the judges from Omaha Steaks. And there was a lot of blame to go around.”

“But you, Mr. Trump, recognized that the real problem was a lack of leadership,” he continued. “And so ultimately, you didn’t blame Lil’ Jon or Meatloaf. You fired Gary Busey.”

“And these are the kind of decisions that would keep me up at night.”