A woman is expected to step forward and tell her story about her experiences with Bill Clinton in Arkansas Kathleen Willey announced on her Facebook page Sunday night.

The woman was an Arkansas TV reporter and is expected to tell radio host Aaron Klein her story Sunday night. This is a developing story.

Willey is a former White House aide who, in 1998, claimed on “60 Minutes” that Bill Clinton had sexually assaulted her on November 29, 1993, during his first term as President.

*Update: The woman in question did not appear on Klein’s radio show Sunday night, but will appear next week on Klein’s show, Willey said in a FB post update. 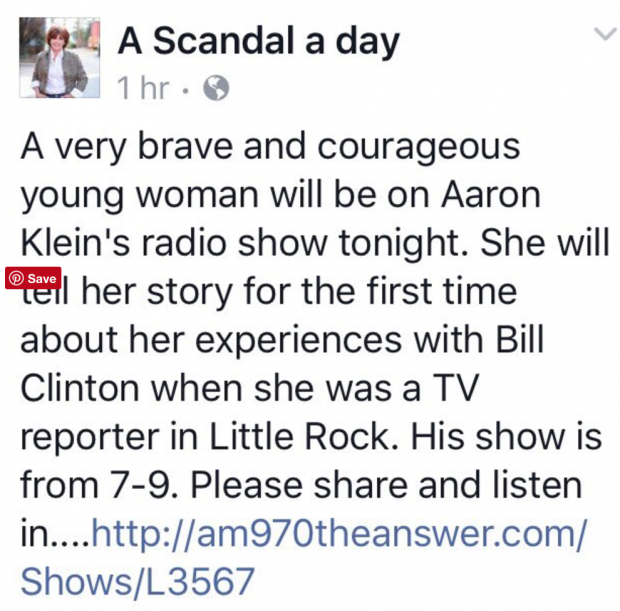 From Kathleen Wiley’s FB page “A Scandal A Day”
Listen if you can. I already know her story pic.twitter.com/5JZ19w7Kxn