Here’s A List Of Some Of The Most Unusual Animals, Reptiles Available At A Typical Wuhan Wet Market
David Hookstead Smoke Room Editor-in-Chief
October 02, 2016 9:41 AM ET
Font Size:

Another weekend of great college football games is in the books and that means it’s time to look at updated power rankings.

This week saw some national powers fall and a little shake up in the rankings. Here are the best teams poised for the playoffs at this moment.

The Buckeyes continue to be the best team in America, and this week they lit up Rutgers 58-0. Quarterback J.T. Barrett continued his impressive Heisman campaign with four passing touchdowns and 238 passing yards. Urban Meyer has Columbus, Ohio rocking, and that doesn’t appear to be stopping anytime soon. 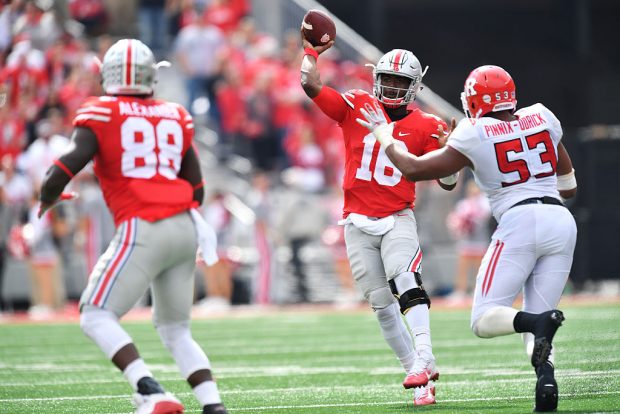 The Tigers of Clemson edged third-ranked Louisville 42-36 in an absolute thriller. DeShaun Watson was electric as he threw for 306 yards and five touchdowns. The incredible dual-threat quarterback also rushed for 91 yards. Clemson just cleared all obstacles en route to the ACC championship and a playoff birth. It was an incredible game Saturday night and coach Dabo Swinney has his team firing on all cylinders. 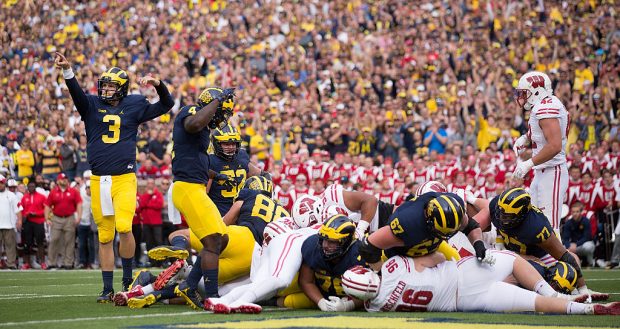 The Crimson Tide didn’t do anything to improve their resume, but a 34-6 win against a horrible Kentucky team is still a win. Quarterback Jalen Hurts threw for 262 yards with two touchdowns and running back Joshua Jacobs rushed for 100 yards. Alabama looks solid but has only been tested once all season in a close game against Ole Miss. The opponents of the Tide this season are a combined 10-14. Only time will tell if they stack up with the top teams in the Big Ten and ACC.

The Cougars continue to dominate their opponents. Their latest victim was Connecticut, who suffered a brutal 42-14 loss at the hands of coach Tom Herman. Quarterback Greg Ward Jr. beefed up his Heisman resume with over 400 yards of total offense and five touchdowns. The Cougars last remaining test is against a stout Louisville team. 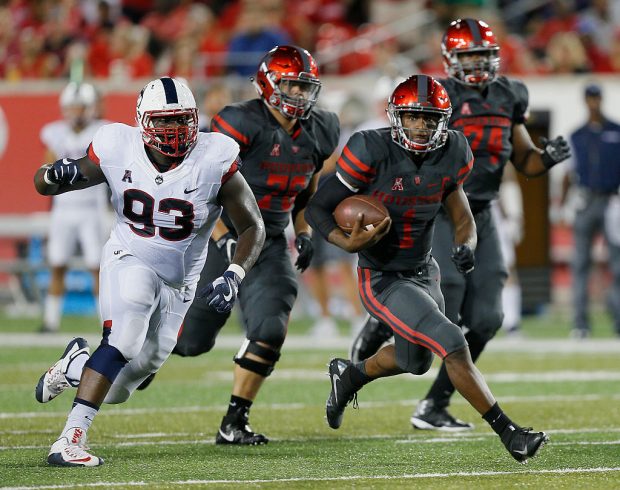 HOUSTON, TX – SEPTEMBER 29: Greg Ward Jr. #1 of the Houston Cougars rushes with the ball as Folorunso Fatukasi #93 of the Connecticut Huskies pursues in the first half on September 29, 2016 in Houston, Texas. (Photo by Bob Levey/Getty Images)

The Aggies didn’t look great in their 24-13 win against a bad South Carolina team. Quarterback Trevor Knight threw a pedestrian 206 yards and an interception. A&M will have to get better to not drop an unexpected game in conference play.

The end of the Tennessee game against Georgia was incredible. Georgia threw a Hail Mary with ten seconds left only to then have Tennessee win on a Hail Mary as time expired. Quarterback Joshua Hobbs tossed three touchdowns, including the game winning miracle throw. The Volunteers are appearing to be a team of destiny.

The Hail Mary that won the game for #Tennessee!! #TENNvsUGA pic.twitter.com/PPB9rhYPOz

Washington had one of the most impressive wins of the week when they pulverized Stanford, 44-6. Running back Myles Gaskin rushed for two touchdowns and 100 yards. The Huskies defense is great and the quarterback play is sufficient. Expect Washington to win the PAC-12.

1
Sen. Kelly Loeffler Says She Will Liquidate Individual Stock Shares After Coronavirus Stock Dumping Reports
Politics
2
'Bulls**t!': CNN's Chris Cuomo Slams Trump Over 'Asinine' Leadership Based On Clip That Omits Half His Comments
Politics
3
Key Figure In Clinton-Lewinsky Scandal Dead
Politics
4
'If You Don't Want More Body Bags': World Health Organization Director Hits Back At Trump
World
5
'That Is A Lie!' Joe Scarborough Goes On Screaming Rant At Networks – Including His Own – For Not Fact-Checking Trump During Live Press Briefings
Media