A 17-year-old Alabama high school student is in critical condition after being assaulted this weekend.

When authorities arrived on the scene, they discovered Ogle beaten and bleeding from the head.

He was airlifted to the University of Alabama Birmingham Hospital where tests revealed three skull fractures and trauma to his shoulder. 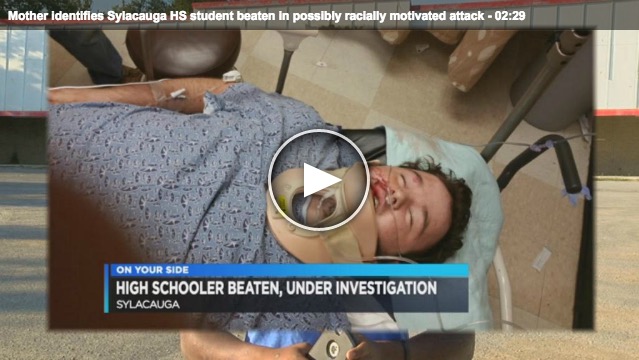 Ogle’s mother, Brandi Allen, told police she believes the assault occurred after he posted a pro-police message to Facebook.

“Instead of us planning for his 18th birthday, we’re here,” Allen told WBRC from the UAB Hospital on Sunday. “Why? Because he made a statement that he backs the blue? I’m still trying to understand how someone, no matter the color of their skin, can do this to another human being.”

Allen added that her son received “threatening messages” after making the post.

“My son took it to the principal at Sylacauga High School and I commend him for that. He showed her the threats that were being made to him, but she told him there was nothing she could do. I’m appalled.”