As the head of security for The Daily Caller I have some serious questions about Kim Kardashian’s claim she was robbed at gunpoint Sunday night in Paris, France.

Kardashian claims she was gagged with tape and handcuffed by armed men with guns who went on to steal $11 million worth of jewelry. (RELATED: Kim Kardashian Held At Gunpoint And Robbed In Paris)

As a security professional entrusted with the safety of dozens of employees at The Daily Caller I find a few things unusual about Kardashian’s version of events. For example, Kardashian is routinely surrounded by security wherever she goes, but yet somehow on Sunday night there wasn’t a single agent capable of stopping this attack. That doesn’t seem to add up, especially when you consider a ten man team of the most elite bodyguards armed to the max can be supplied for an entire year at around $5 million. Even cheaper options are available. Given the claims Kardashian is worth more than $100 million, a security budget in the millions is easily manageable. 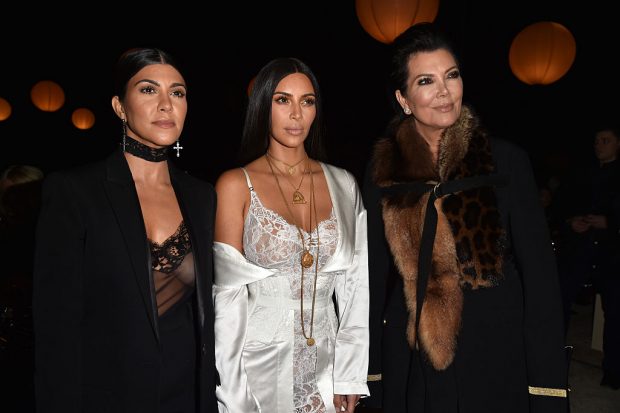 The idea that Kardashian was somehow dumb enough not to have a single armed body guard in a quick reaction setting or considered a safe haven, the dangers of Paris and having $11 million in jewelry nearby is not a narrative I’m willing to buy. Her main bodyguard Pascal Duvier can be seen around her routinely and when she returned today America all of a sudden elite security was around her. (RELATED: Kim Kardashian Just Arrived Back In New York City With A Ton Of Security)

Now, I have managed The Daily Caller’s elite Quick Reaction Force (most information regarding our QRF is highly classified) for almost a year now and do it on a budget much smaller than $5 million. So clearly the security issue can be solved without spending a ton of money.

So there are probably a few hypothesis that would make sense. First, Kardashian acts like her net worth is a lot more than it actually is, yet she can’t afford $5 million a year for elite, around the clock security ready to kill on her behalf at any moment. The other theory is that she or somebody else is fabricating the extent of this story. So you tell me, which seems more unreasonable: Kim Kardashian is too poor for security she knows she needs and has while in public or that robbers were able to walk out with $11 million and bike away without being stopped? I might have been born at night but it damn sure wasn’t last night.

Then again what do I really know? I’m only the head of a security team that has never been robbed.