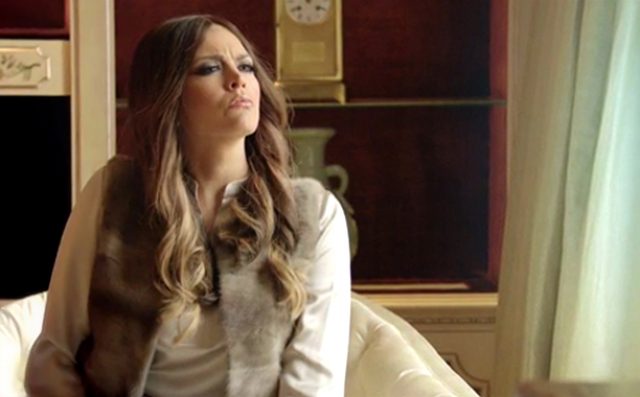 In an episode that mocked Donald Trump, Ivanka Trump, Donald Trump Jr. and Eric Trump, there was also a segment titled “Melania Moments.”

In the 30-second clip, Cecily Strong — dressed as the Republican nominee’s wife in a fur vest — sits in her penthouse at Trump Tower and gazes into space while a male voiceover narrates her thoughts. (RELATED: Alec Baldwin Just Played Donald Trump For The First Time On ‘SNL.’ Here’s How It Went.)

“She saw a man walk just out of sight and wondered, ‘What happens to them, to the people, once they leave Fifth Avenue? Where do they go? Do they disappear? Is there a Sixth Avenue? Is there a Fourth Avenue? One day, I’d really like to know.’”

The sketch was reminiscent of the classic “SNL” bit “Deep Thoughts With Jack Handey.”