“A waiter at a new restaurant just praised me on my drink choice. ‘It’s very masculine.’ #stopjudging”

Jonathan Capehart becomes uncomfortably numb… to police killing unarmed black men. Even when the shooting happened a block away from his apartment. “It’s not that I don’t care,” he wrote. “It’s that I care too much.” Read here.

Prepping for the most boring VP debate in the world

“We are attempting to live blog the vp debates tonight so if anyone knows literally any funny facts about mike or tom please tell me now.” — Deadspin‘s Ashley Feinberg.

“Men say a lady in the streets but a freak in the sheets but they always seem upset when I wait til we’re in bed to reveal my conjoined twin.” — Erin Gloria Ryan, senior editor, The Daily Beast. 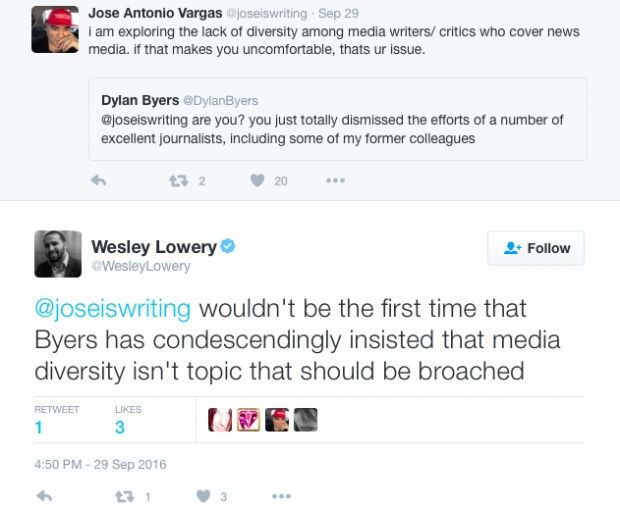 “I’m not as afraid of clowns as the average person.” — Anonymous Washington journalist.

“Wearing fake eyelashes (thank you, CNN makeup department) to the gym may be the most Texas thing I’ve ever done.” — WaPo‘s Karen Tumulty.

“That cool moment where you return from vacation & realize you get to check off ‘Go on one of your planned vacations’ from your bucket list.” — Megan Swiatkowski, Politico media coordinator.

Journo says no to Twinks4Trump 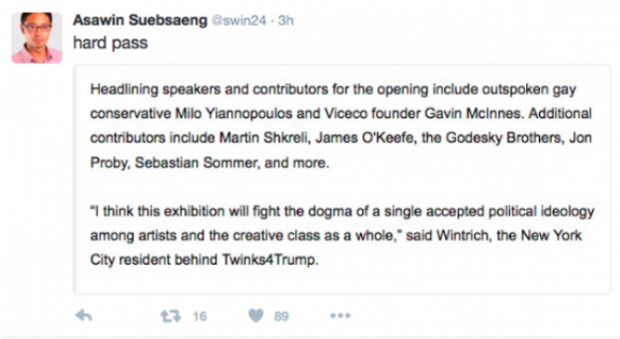 Washington Examiner media reporter appears to have an unusual  fan

Please note: The fan created this. It is not really on Drudge. 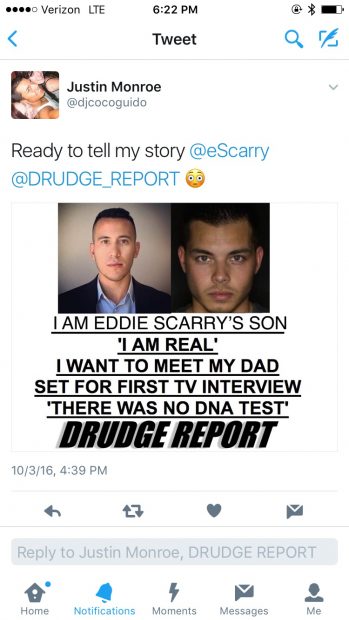 Milo opens up about his ‘daddy’ 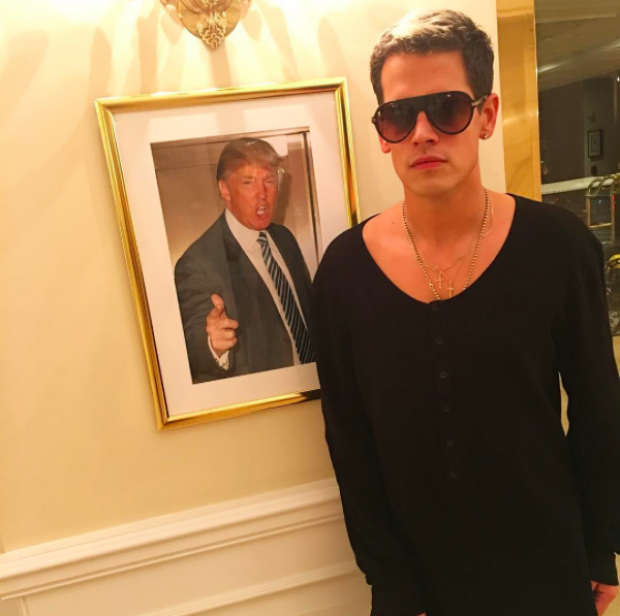