[dcquiz] As soon as the 90-minute debate kicked off in Farmvilla, Va., the senator from Virginia repeatedly interrupted Mike Pence after Elaine Quijano asked him questions.

Though the debate was expected to be dull, people on Twitter noted that Kaine looked “unhinged” and seemed “out of control.” (RELATED: People Can’t Stop Talking About Elaine Quijano At Tonight’s Vice Presidential Debate) 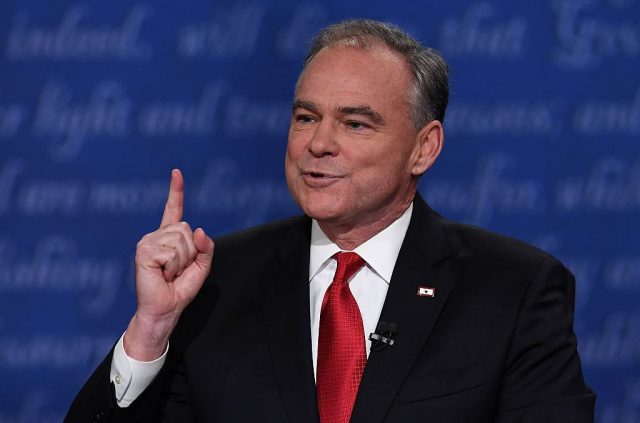 Can Tim Kaine shut up for once and quit interrupting? #VPDebate #

Tim Kaine keeps interrupting. Does he have the same temperament as Trump? #VPDebate

Tim Kaine is such a prick. He acts like a child constantly interrupting Pence and getting upset if Pence says something while he’s talking.

I NEED Tim Kaine to stop interrupting cus even though he’s making more sense than Pence, Pence is coming off as more focused/composed

Wow. Is this lady going to check Tim Kaine or what? He’s interrupting Pence more than Trump.

Man Tim Kaine is trash. He won’t stop interrupting a thing. Pence is ending him.

Why is Tim Kaine talking to the moderator instead of the viewer? Seems a bizarre misunderstanding of what is going on here.

This Dick’s eyebrows are crazy!!! He looks deranged! – My mom on Tim Kaine…

Tim Kaine is not stable. My god this man is insane, crazy as a chicken with its head cut off

I think Tim Kaine’s crazy eyebrow is winning this debate. Hands down.