Beckham shook the hand of every military individual on the field prior to the Monday Night Football game against the Minnesota Vikings.

“The line was a little long. I didn’t know. I got halfway through it and I had to ask one of them, ‘How many is y’all?’ He said, ‘There’s a lot of us.’ I said, ‘Well, I really appreciate what y’all do,'” Beckham told Sporting News. (SLIDESHOW: Celebrate The NFL Season With The Hottest Cheerleaders In The Game) 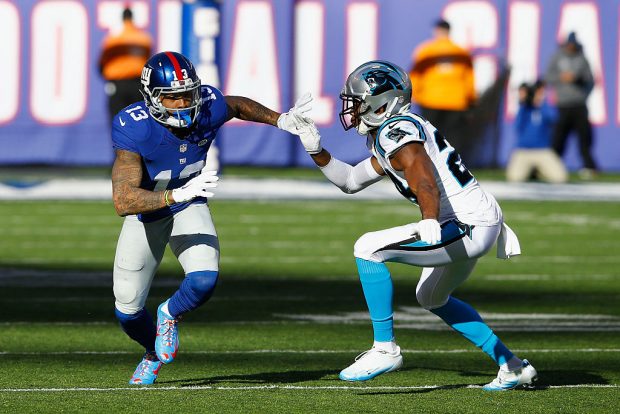 EAST RUTHERFORD, NJ – DECEMBER 20: Odell Beckham #13 of the New York Giants in action against Josh Norman #24 of the Carolina Panthers during their game at MetLife Stadium on December 20, 2015 in East Rutherford, New Jersey. (Photo by Michael Reaves/Getty Images)

This is not the first time Beckham has honored the military. He also wore special cleats honoring 9/11 for the first game of the season.