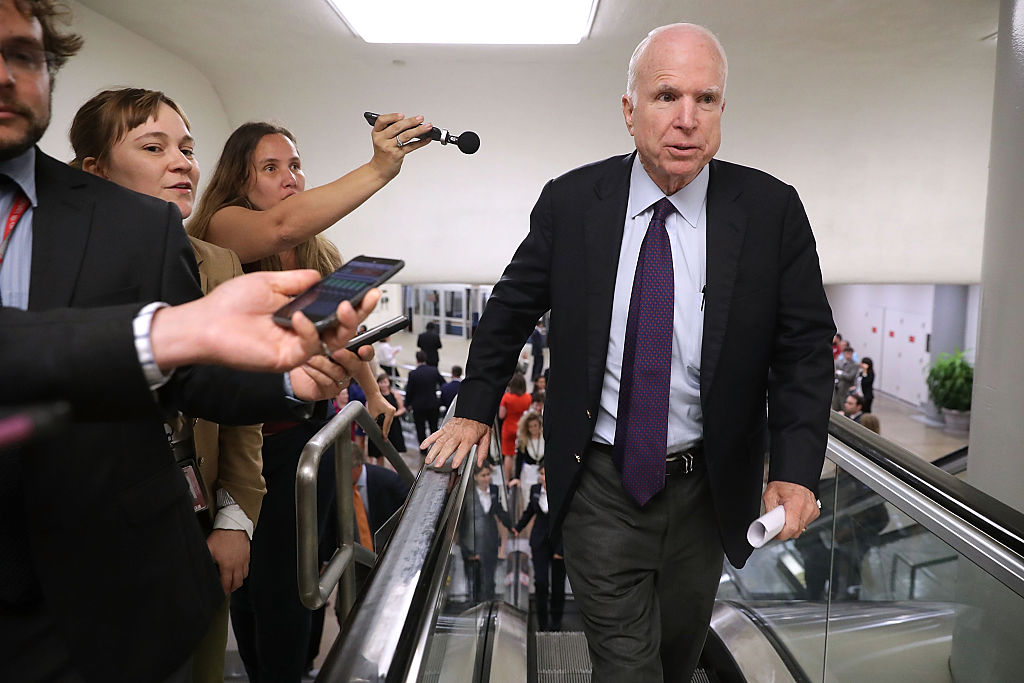 John McCain is pursued by reporters as he heads for a vote at the U.S. Capitol on September 6, 2016 (Getty Images)

Trump was criticized for stating that unfortunately, veterans suffering from PTSD who end up committing suicide aren’t as “strong” as some of their comrades.

“When you talk about the mental health problems, when people come back from war and combat and they see maybe what people in this room have seen many times over — and you’re strong and you can handle it — but a lot of people can’t handle it and they see horror stories,” Trump told veterans at a campaign event on Monday.

McCain told the Arizona Daily Star on Tuesday that this interpretation is just evidence of “bias in the media.” 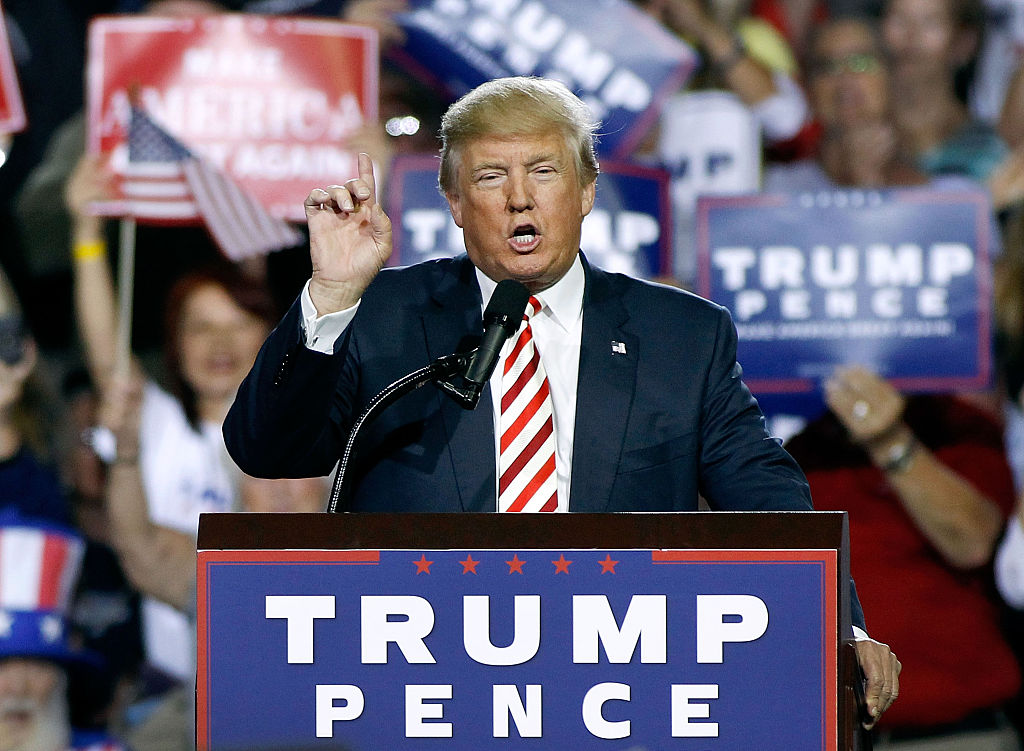 “This is kind of the classic example of the media feeding frenzy that is going on,” the Navy veteran explained. “What [Trump] is saying is that some people, for whatever reason, and we really don’t understand why, suffer from PTSD, and others don’t.”

“I know people who have suffered from PTSD,” McCain continued. “I never have. I have never had a flashback. I never had a bad memory; I never had anything but the greatest gratitude for the honor of serving in the company of heroes.”

1
Dad Confronts Warren On Student Loan Forgiveness: 'Can I Have My Money Back?'
Politics
2
'I Don't Know How You Can Believe...' Aaron Rodgers Discusses Religion. Do You Agree With What He Said?
Editorial
3
'Mitch McConnell, I Own You!': Joy Behar Rips Into Senate Trial Over Lack Of Witnesses
Politics
4
German Authorities Find ‘Weapons Of War’ During Raid Near Radical Mosque
World
5
Mike Bloomberg Taunts Trump: ‘Obsessed Much?’
Politics